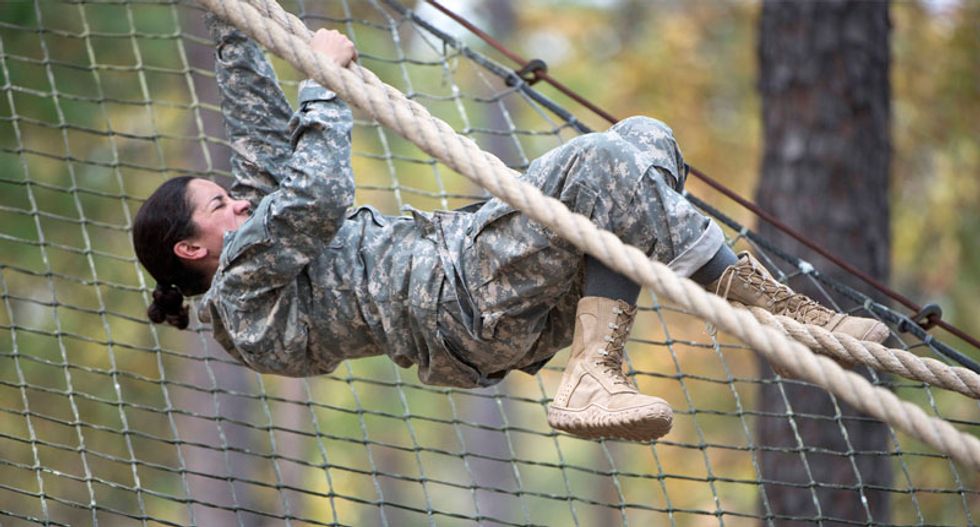 A 37-year-old mother of two is this week set to become the third woman to graduate from the US Army's elite Ranger School, which previously was open only to men.

When she graduates along with 87 men, she will join just two other women, Captain Kristen Griest, 26, and First Lieutenant Shaye Haver, 25, in gaining a coveted Ranger tab.

Griest and Haver graduated in August.

The Ranger course pushes applicants to their mental and physical limits by forcing them to function with little food or sleep.

Ranger training was opened to women for the first time as part of a 2013 Obama administration directive to unblock all military positions to females.

For now at least, Jaster will still not be allowed to serve with the 75th Ranger Regiment, which has yet to lift its bar on female soldiers.

But women are increasingly being permitted into combat roles in other US Army units.

The progress of Jaster and the other women has been closely monitored by the military community, where the idea of female forces in combat remains divisive.

The exclusion of women from combat roles has been cited as a factor preventing female officers from reaching the highest military ranks, where combat experience is considered an indispensable qualification.

The Ranger course includes a physical fitness test consisting of 49 push-ups, six chin-ups, 59 sit-ups, a five-mile run in 40 minutes and a slew of other challenges.