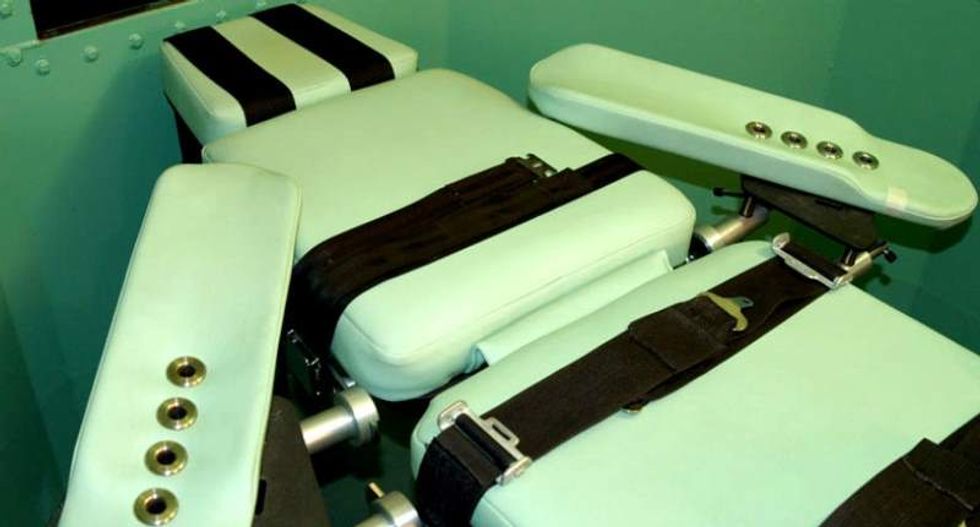 Ohio on Monday delayed all scheduled executions until 2017 at the earliest because of difficulty obtaining the drugs necessary to carry out lethal injections, the state's corrections department said.

The department said in a statement that "over the past few years it has become exceedingly difficult to secure those drugs because of severe supply and distribution restrictions."

The postponements followed a delay in executions in Oklahoma announced earlier in October and a judge's decision to temporarily block a resumption of executions in Arkansas.

Ohio and other death penalty states have been scrambling to find chemicals for lethal injection mixes for the past several years after pharmaceutical companies, mostly in Europe, banned sales of drugs for use in executions for ethical reasons.

In January 2014, Ohio became the first state to use a combination of the sedative midazolam and painkiller hydromorphone to execute Dennis McGuire for the 1993 rape and murder of a pregnant woman. McGuire's execution took 25 minutes and witnesses said he gasped and seized for 15 of those minutes.

Ohio halted the two-drug protocol and turned to a one-drug method, listing its options as pentobarbital and thiopental sodium, which it had used in executions from 1999 to 2011.

The state also approved a law giving confidentiality to compounding pharmacies that prepare the lethal formulations to increase opportunities for the state to obtain drugs. Ohio death row inmates have challenged the constitutionality of the law.

Executions reached a 20-year low in the United States last year and are on pace with the numerous postponements to hit the lowest level since 1991, according to the Death Penalty Information Center, which tracks capital punishment.

Ohio has put 53 inmates to death since 1999 when it carried out its first execution since the U.S. Supreme Court reinstated the death penalty in 1976. There are 145 inmates on the state's death row, according to the Death Penalty Information Center.

(Reporting by David Bailey in Minneapolis; Editing by Peter Cooney)