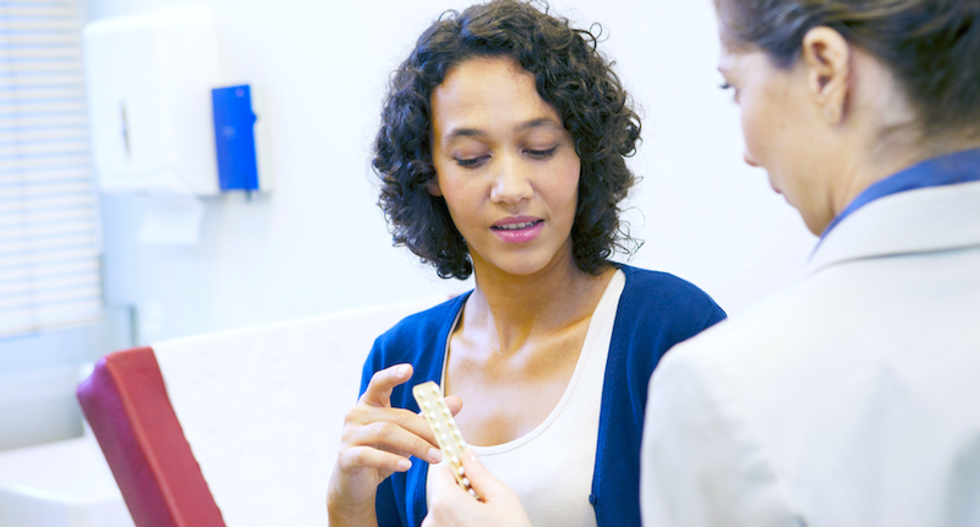 Woman consulting with her doctor about contraception (Shutterstock)

Ohio senators advanced a bill on Wednesday that would eliminate state and federal funding for Planned Parenthood clinics, the latest state to consider cuts following undercover videos about the women's healthcare provider's handling of fetal tissue.

The Republican-controlled Ohio Senate voted 23-10 on party lines to advance the measure that would strip funding from the Planned Parenthood clinics in the state and any organization referring patients to them.

A companion measure introduced in the Republican-led Ohio House of Representatives has been assigned to a committee.

Planned Parenthood representatives have said the videos were deceptively edited and have denied any wrongdoing, calling the proposed state legislative measures politically motivated.

Planned Parenthood said earlier in October that it would no longer accept reimbursement for fetal tissue donated for research following abortions.

"The videos exposing the reality of Planned Parenthood's objectives are sickening," Senate President Keith Faber, a Republican, said during Wednesday's discussion on the bill.

Senator Edna Brown, a Democrat, said the cuts would fall hardest on the state's poor residents. "There is no one, no one but Planned Parenthood in poor and African-American communities," Brown said.

Planned Parenthood has vowed to fight the Texas decision. It sued Louisiana over funding cuts there and has filed lawsuits against similar moves in Utah, Arkansas and Alabama.

Republicans in the U.S. House of Representatives have tried to strip Planned Parenthood of its federal funding and even threatened a government shutdown over the issue.