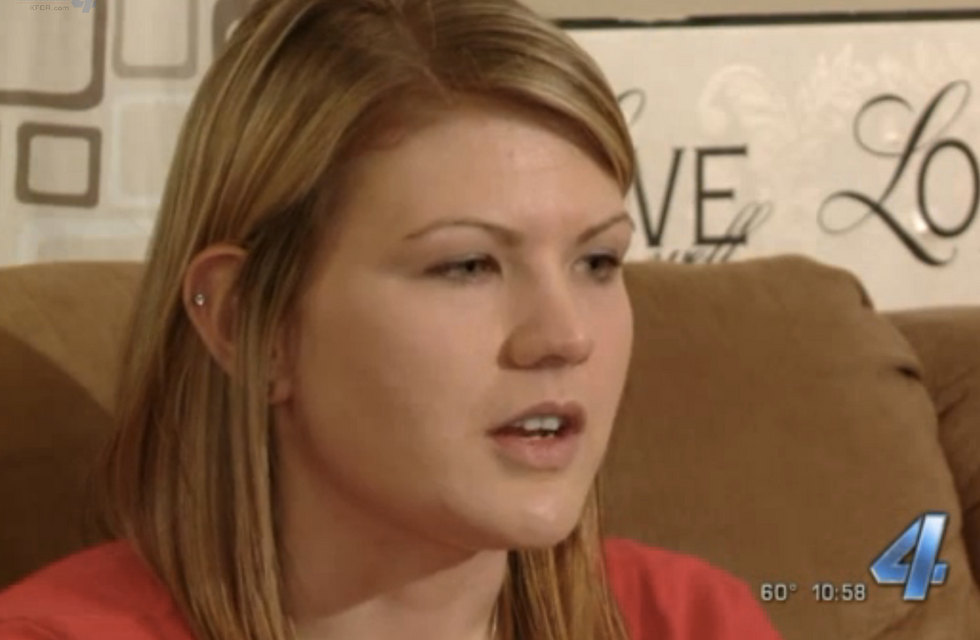 A Midwest City, Oklahoma woman learned that she has a life-threatening brain tumor -- on the same day she got dropped from her parents' health insurance because she turned 26.

According to KFOR Channel 4, Laci Vaughan received her diagnosis in April on the day of her 26th birthday.

“I started getting really bad mental fatigue,” said Vaughan. “We did the brain scan and then that’s when they found out it was actually a tumor.”

Initially, doctors believed the tumor to be benign and located in a place that would not be dangerous. However, that prognosis was unduly optimistic. As the tumor grew, it blocked the flow of Vaughan's spinal fluid, causing all of the glands located around it to become inflamed.

“My head pounded with my heart. My ears were just ringing like crazy and then everything just sounded like I was under water,” said Vaughan.

A Los Angeles surgeon who Vaughan consulted -- one of only three in the U.S. who have extensive experience with these types of tumors -- gave her 60 to 90 days to live if no surgery is performed.

However, Vuaghan has been dropped by her parents' insurance and she is ineligible for Sooner Care, the state's Affordable Care Act (ACA)-mandated low cost provider. She has missed this year's open enrollment for private insurance, which resumes on January 1, days after the surgeon has said that Vaughan will die of her tumor if not treated.

“My 90 day deadline is on December 23rd, day before Christmas Eve,” she explained.

Vaughan's best friend has started a fund drive to raise the $125,000 she needs to pay for the life-saving surgery. So far, said Jessica Eubanks, they have raised $3,000.

“I don’t want to think about losing her. It’s not a possibility for me. That’s why I’m working so hard at raising this money,” Eubanks said. “The $3,000 is fantastic, but it’s...we’ve got to push harder."

Vaughan says her faith is sustaining her through the fear.

“I know that God’s on my side and so he’s let me know that it’s going to be ok and that he’s got this,” she said.