Oscar Pistorius released from jail and placed under house arrest 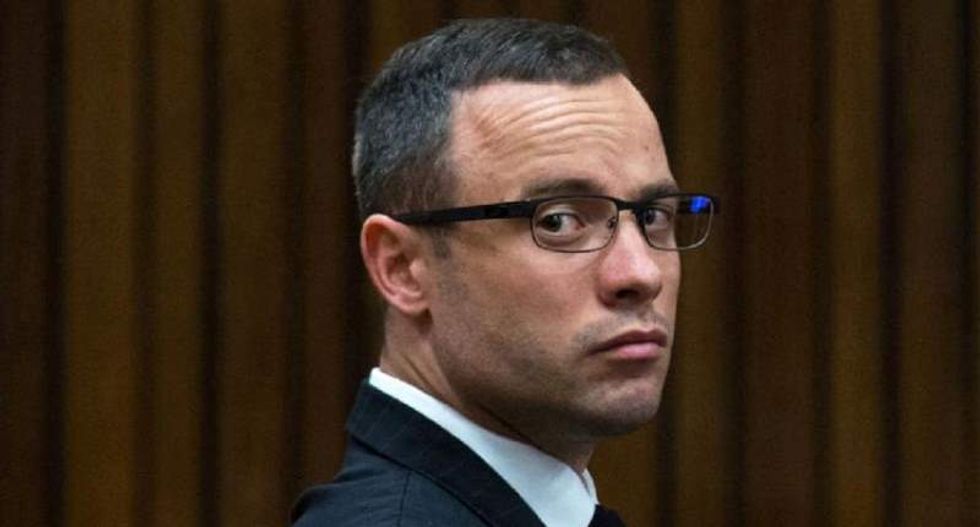 Oscar Pistorius looking on during his trial at the high court in Pretoria on May 13, 2014. Photo by Daniel Born for Agence France-Presse.

Oscar Pistorius was released from jail late Monday, South African officials said, and will serve his remaining sentence under house arrest after spending a year behind bars for killing his girlfriend Reeva Steenkamp.

The Paralympian star was allowed out of prison in the capital Pretoria a day early in an apparent attempt to avoid media coverage of his release.

"The handling of the actual placement is an operational matter of the local management, and how they handle it is their prerogative that is carried out in the best interest of all parties concerned, the victims, the offender and the Department of Correctional Services."

Pistorius was granted parole last week following several reviews that delayed his original release date after he had served one sixth of his five-year sentence for killing Steenkemp, a model and law graduate.

Pistorius, 28, had been due to be released on Tuesday.

"It will be very good. He should have been released on August 21," his lawyer Brian Webber told AFP, hours before his release.

According to local media, he will stay at his uncle Arnold's property in Pretoria, but the location has not been confirmed.

"He would normally be expected to report to the police periodically. There may be provision for drug tests and there will be random visits by correctional services," criminal lawyer Martin Hood told AFP.

"If he doesn't comply, he loses the privilege of correctional supervision and can go back to prison."

Pistorius was found guilty of culpable homicide -- a charge equivalent to manslaughter -- after telling the court that he shot Steenkamp through a bathroom door because he mistook her for an intruder.

He faces a further test at the Supreme Court on November 3 when prosecutors will appeal for a murder conviction and a tougher sentence that could see him jailed for at least 15 years.

"It's beyond brazen that he would be living in a house of the Minister of Interior," said Graham. "So, my advice would be to move assets forward, get countries in the region who would not benefit from an al-Qaeda rise, and start hitting the training camps."

A federal judge threw out a lawsuit Monday from three U.S. House Republicans challenging fines they incurred for violating a post-Jan. 6 requirement that members pass through metal detectors before coming to the House floor.


U.S. District Judge Timothy J. Kelly dismissed the suit brought by Reps. Andrew Clyde of Georgia, Lloyd Smucker of Pennsylvania and Louie Gohmert of Texas — all of whom were fined for entering the House chamber without being screened.

During a Tuesday hearing, attorneys for the Sandy Hook plaintiffs presented a video Jones had broadcasted that morning.