Out of 70,000 phone calls, only four people in Iowa volunteered to help doomed Jeb Bush campaign 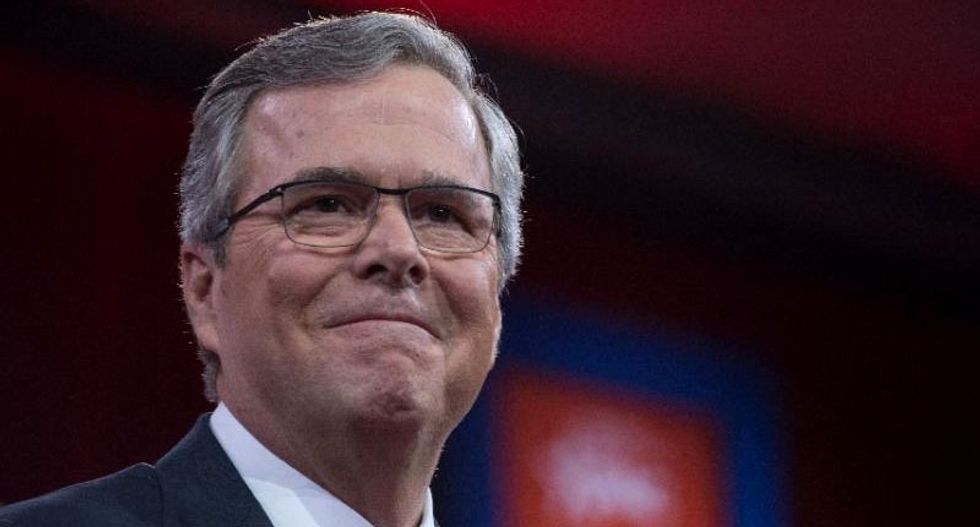 Jeb Bush paid 10 staffers to make more than 70,000 phone calls to Iowa Republicans -- and all they've got to show for their efforts is four volunteers.

He's going to need all the help he can get to reach his goal of 18.45 percent of the vote in the state's Feb. 1 primary, because that number is more than double the 8 percent support that Bush is currently measuring.

Or, to put those numbers another way, Bush received a positive response from just 2 percent -- which puts him at only 5 percent of his target of receiving less than 20 percent of the vote.

Bush's top lieutenants assured donors earlier this week that the former Florida governor still had a campaign worth funding, and they handed out an optimistic, 45-page PowerPoint presentation to select reporters afterward.

But that handout omitted some of the less-than-rosy details campaign staffers shared with donors.

US News and World Report obtained a copy of the full, 112-page presentation -- and there's really no way to sugarcoat what it shows.

The campaign conceded to donors that Bush needed about 24,000 votes -- out of the 128,000 GOP voters that are expected to be cast in Iowa just three months from now -- but they're confident that he has only 1,281 voters across the entire state.

Those four volunteers, assuming they report for duty, are going to have a lot of work to round up another 22,719 voters.

They won't get much help from advertising, because the Bush campaign plans to spend just $1.36 million in the weeks before voting begins.

That's significantly less than the $5.6 million Bush plans to spend in New Hampshire or the $2.7 million set aside for South Carolina.

The memo also showed that the Bush campaign has not yet knocked on a single door in Iowa.

Amazingly, these numbers are not quite the most dismal measured yet by a Republican major candidate during this campaign.

That difference is still 30 people more than the number of committed Bush volunteers.