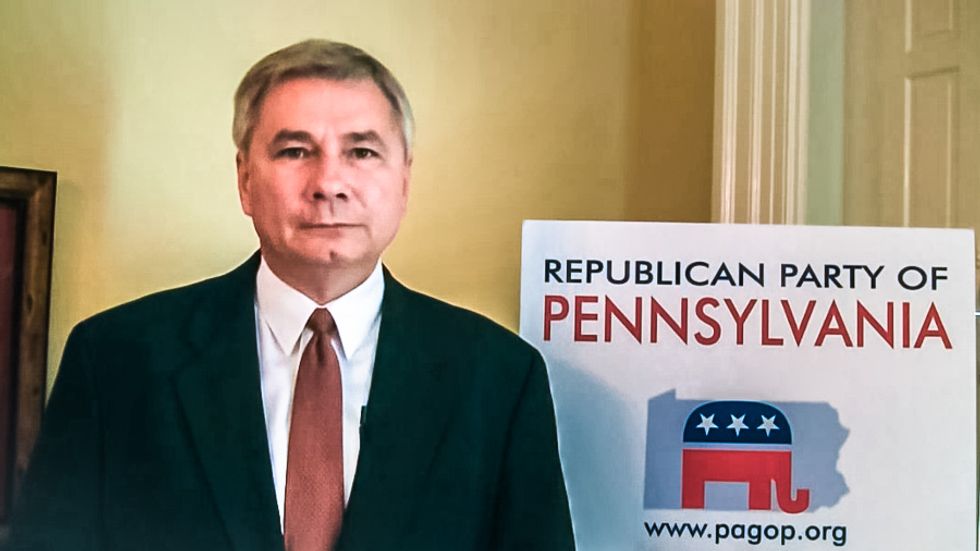 A Republican lawyer's candidacy for the Pennsylvania Supreme Court is under scrutiny after an examination of his record showed that he promoted a "gay-panic defense" in the case of a man who shot two lesbians.

The Philadelphia Daily News reported on Monday the state Supreme Court candidate Mike George's defense of Stephen Roy Carr suggested that the two lesbians "might've brought the shooting on themselves."

After Carr killed 28-year-old Rebecca Wight and shot her girlfriend, Claudia Brenner, in 1988, George set out to "get the local folks talking more about the lesbianism than the murder."

"That's why we had to get all the steamy facts of what had happened up on South Mountain out before the public. Sort of let what happened simmer in the public's imagination," the attorney later told Harold Pohlman, the author of the book The Whole Truth? A Case of Murder on the Appalachian Trail.

"The more sexually reckless the women appeared, the better for Carr... The one thing that I could not get out of my mind was that the local people did not think much of homosexuals."

Following Carr's conviction on a first-degree murder charge, George claimed in a court motion that the two women had provoked his client because they "partook in oral sex" and "put on what the defendant perceived to be a show."

Roy Keefer, who was serving as District Attorney at the time, accused George of "nothing more than a ruse in order to slander the victims."

But Keefer told the Philadelphia Daily News that he didn't have "any qualms" about voting for George because attorneys had a responsibility to provide a robust defense for their clients.

"I can understand why Claudia has her feelings and I certainly don't minimize those, but I've seen a whole lot more than that one case," Keefer explained.

Equality Pennsylvania Executive Director Ted Martin pointed out that George would be in a position to rule on nondiscrimination legislation if he were elected to the state's highest court.

"He's proven in the past that he is willing to use questionable and very negative tactics that revolve around a person's sexual orientation to make his case, and I think that's wrong," Martin observed. "It calls into question his ability to be fair and really understand all the sides."

"Frankly, what Michael George did to Claudia Brenner is repulsive."

The American Bar Association has called on states to ban the use of the "gay-panic defense." California became the first state to do so in 2014.