Pentagon chief: US won't hold back from 'direct action on the ground' to fight Islamic State 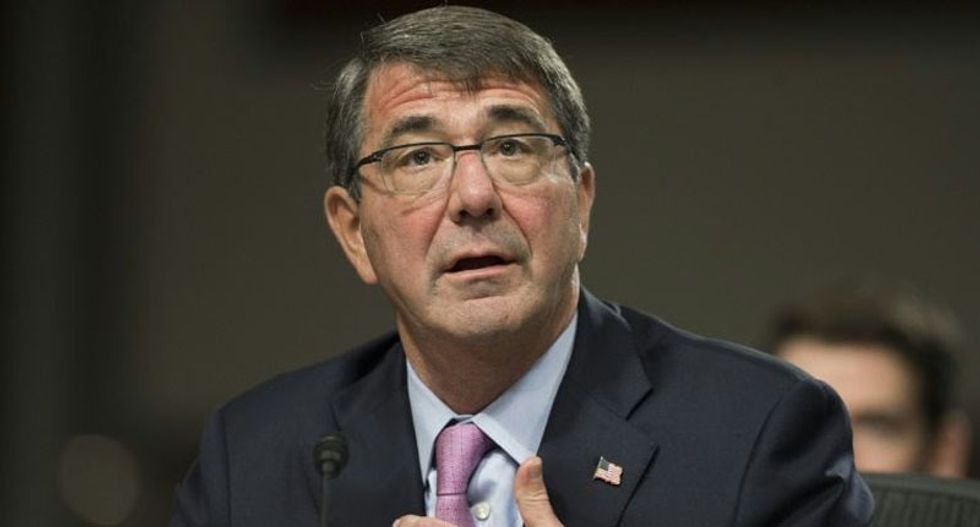 Defense Secretary Ashton Carter on Tuesday said the United States will ramp up attacks on Islamic State jihadists in Syria and Iraq, with additional air strikes and even direct action on the ground.

Testifying before the Senate Armed Services Committee, Carter said he expects more actions like the one last week that freed dozens of captives but left an American commando dead in Iraq.

"We won't hold back from supporting capable partners in opportunistic attacks against ISIL, or conducting such missions directly, whether by strikes from the air or direct action on the ground," Carter said.

He did not elaborate on what he meant by "direct action on the ground," and the Obama administration opposes committing US ground forces to Syria.

Carter said the United States would focus its efforts on the IS stronghold of Raqqa in northern Syria and boost support for rebel groups fighting the jihadists.

"We expect to intensify our air campaign, including with additional US and coalition aircraft, to target ISIL with a higher and heavier rate of strikes," Carter said, using an alternate name for IS.

"This will include more strikes against ISIL high-value targets as our intelligence improves," he added.

Carter's pledge to intensify strikes comes as the US-led coalition has in fact been striking fewer targets in Syria in recent months.

Pentagon officials insist the diminished tempo reflects a lack of decent targets, and has nothing to do with Russia launching its own bombing campaign a month ago.

Watch video, via MSNBC, below: