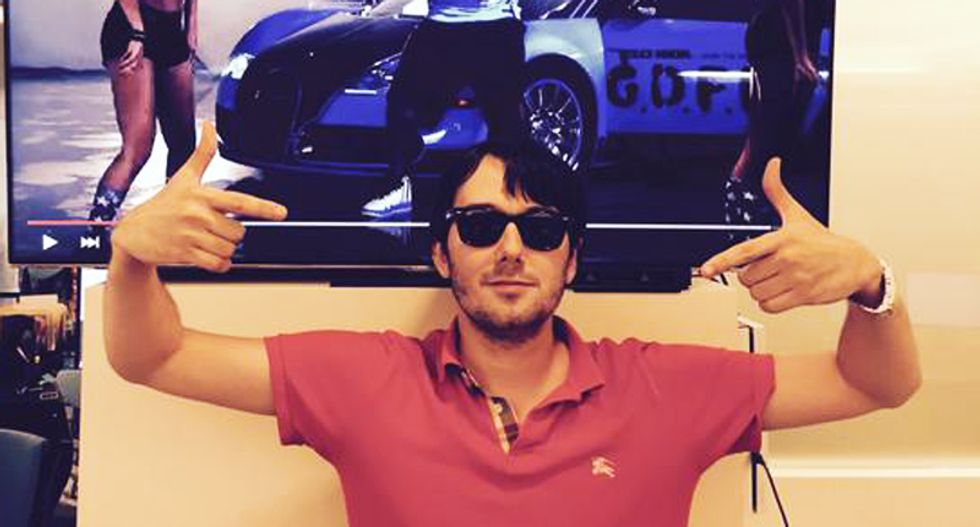 Turing Pharmaceuticals -- the company headed by Millennial CEO Martin Shkreli -- is preparing for a grilling before Congress, just as the company is seeking FDA approval to begin testing of a new epilepsy drug.

BuzzFeed reported that Shkreli -- who jacked up the price of a drug prescribed to AIDS patients by 5,000 percent earlier this year -- has engaged the services of high-powered legal and lobbying firm Buchanan, Ingersoll & Rooney to help make its case to legislators.

Shkreli has defended his decision to raise the cost of the anti-toxoplasmosis drug Daraprim from $13.50 per pill to $750 per pill by saying that the profits will pay for research into a new, better way to treat the parasitic infection.

Toxoplasmosis gondii is blood parasite that is mostly harmless to humans unless they are immune-compromised or still in utero. Daraprim is mainly prescribed to patients with HIV and active AIDS, pregnant women with toxoplasmosis and people with certain types of cancer.

On Sep. 21, Rep. Elijah Cummings (D-MD) and Democratic presidential candidate Sen. Bernie Sanders (I-VT) announced that the House and Senate would be investigating Turing's practices and asked for extensive financial records regarding Turing's handling of Daraprim. The documents are to be handed over on Friday, Oct. 9.

Turing spokesman Allan Ripp told BuzzFeed's Tamerra Griffin that the company is "preparing its responses" for any Congressional inquiries.

Ripp said representatives of Buchanan, Ingersoll & Rooney will be part of Turing's delegation before Congress.

“It’s important to have very experienced veteran counsel on Capitol Hill,” Ripp said. “You can’t go into those kinds of things without the proper sherpa.”

Shkreli has insisted repeatedly that patients who cannot afford Daraprim's new, prohibitive price can have their medicine covered by insurance or obtain it through charity.

Patient advocates have firmly negated that notion, saying that the consumer co-pay on Daraprim would inevitably skyrocket, leaving Medicaid patients and those on fixed incomes in the lurch.

Turing has since announced that it will not raise Daraprim's price to more than $700 per tablet, but that the drug will be more expensive going forward.

Ripp insisted that Shkreli and Turing aren't trying to hurt anyone by price-gouging on medications they cannot otherwise obtain.

“Shkreli wasn’t trying to deny the drug to anyone nor squeeze people with limited budget,” Ripp said. “He’s a save-the-world idealist as much as a profit-driven investor.”

In addition to preparing for his Congressional grilling, Shkreli is also apparently looking for love on Tinder. Writer Eve Peyser posted screen shots of a chat conversation she had with Shkreli in which he again defended his company's actions, saying that the media has scapegoated him for being "young and irreverent" and that "the media and the public don't want to look past a headline."

[Ed. note: The BuzzFeed article featured in this piece originally indicated that Shkreli would be appearing before Congress on Friday. In fact, Oct. 9 is the deadline for Turing Pharmaceuticals to hand over all records relevant to the Daraprim price hike. Currently, there is no date set for Shkreli and Turing Pharmaceuticals' testimony. Raw Story apologizes for the error.]