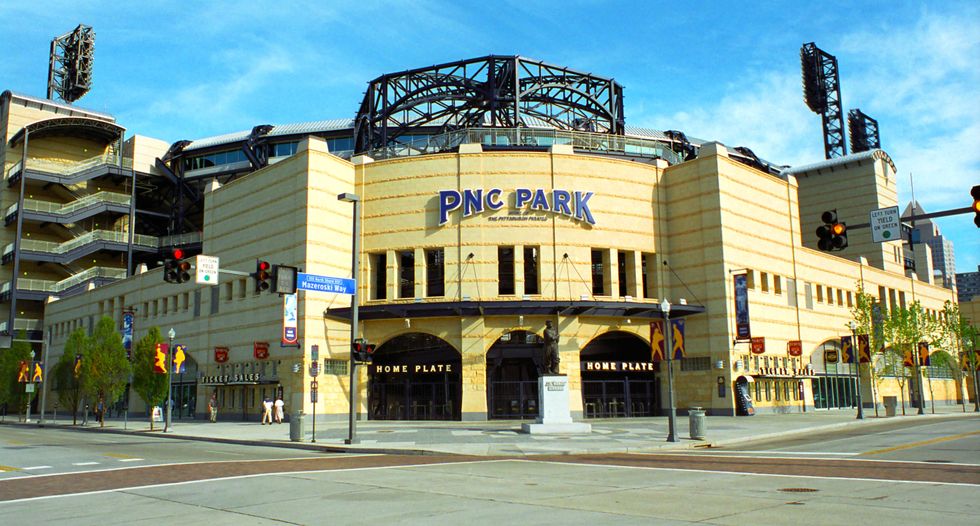 The mayor of Pittsburgh has ordered an internal investigation after video of a police officer body-slamming a goat-costume-wearing Chicago Cubs fan at an Oct. 7 post-season baseball game against the Pirates at PNC Park circulated widely online.

A spokesman for Mayor Bill Peduto said the mayor saw the video on Sunday night and immediately asked the city's office of municipal investigations, which conducts reviews of employee behavior, to look into the incident.

The video, which was posted on YouTube, shows a police officer ordering a Cubs fan wearing a goat costume to leave. When the fan asks, "Can I talk to you," the officer puts one arm around the back of his neck and walks him away, prompting the fan to yell, "Stop it!" and try to pry away the officer's arm.

Someone appears to grab the phone being used to record the incident, yelling, "Put the phone down!" The video then cuts to another angle, which shows the officer picking up the fan and then body-slamming him to the ground before sitting on his back and cuffing his hands. The officer then pulls the fan to his feet and walks him away.

A police spokeswoman, Sonya Toler, declined to offer further details, including the name of the officer and whether the fan involved was arrested.

"This was just brought to our attention," she said. "We must investigate before anything is determined."

The Chicago website Sports Mockery posted a message from the alleged fan, named Dmitri, who claimed the incident occurred after he was ushered away from his seat following a verbal confrontation with a Pittsburgh fan.

The statement claimed the officer grabbed him in the concourse and attempted to put him in a chokehold. The fan said he was not arrested but suffered some injuries and is considering pressing charges against the officer, according to the website.

The Pirates lost the one-game wild card matchup against the Cubs, who moved on and are now tied 1-1 in their five-game division series with the St. Louis Cardinals.