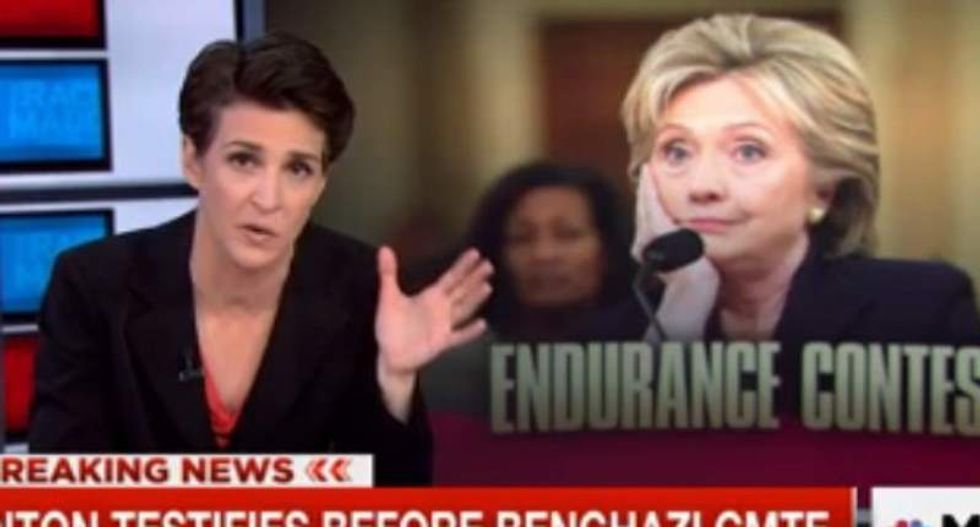 A visibly upset Rachel Maddow slammed House Republicans on Thursday for their handling of the Benghazi commission investigation, calling it a first for congressional probes of its kind.

"Republicans have turned it all into one big hilarious partisan joke," she said. "If God loves America, we will find out soon that somewhere there is a reset button that we can hit after this is over to erase this as a potential precedent for our country moving forward."

Maddow explained that the GOP members on the commission were fixated on criticizing former Secretary of State for convening an accountability review board following the fatal 2012 attack, ignoring that she was required to do so under a law signed by Republican icon Ronald Reagan during his presidency.

The law came into effect following a chain of attacks against US troops in Lebanon, she said, beginning with a December 1983 bombing inside a Marine barracks in Beirut that killed 241 service members. And in the investigations since, partisanship was seen as "repellent and unwelcome." But no longer.

"We have never had a congressional partisan carnival like this over an attack on a US outpost overseas -- never," Maddow said. "In the history of Beirut, in the history of Khobar Towers, of the East Africa embassy bombings, of the 9/11 commission, even, of the attack on the USS Cole, on even the intelligence leading up to the Iraq war."