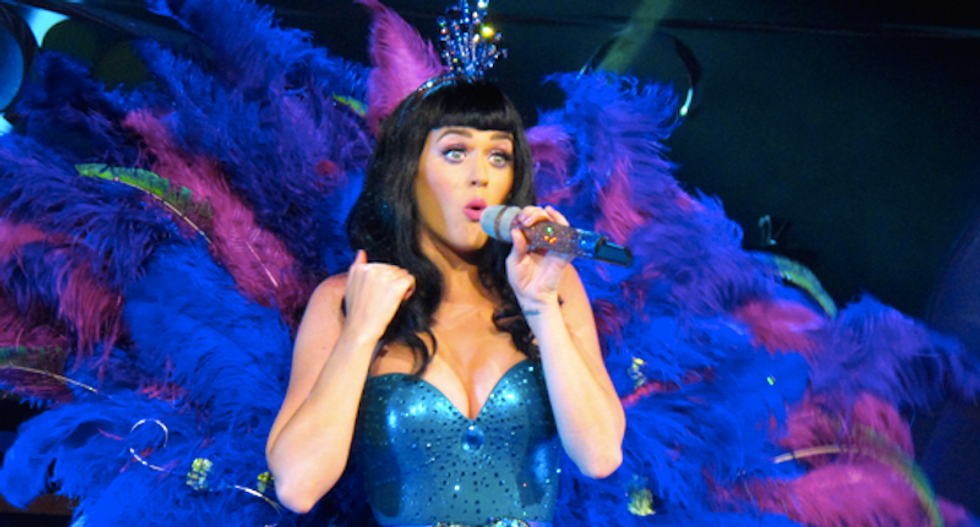 Pop superstar Katy Perry met in Cuba this week with the daughter of President Raul Castro, becoming the latest US celebrity to visit the communist island since its rapprochement with the US.

Mariela Castro, a renowned sexologist, posted photos of the encounter, which took place late Wednesday at a Havana bar, on her Facebook page.

Both women are outspoken defenders of lesbian, gay, bisexual and transgender rights.

The manager of the establishment, Sarao's Bar, in Havana's popular Vedado neighborhood, told AFP that Perry and Castro "met at the bar and talked for over an hour."

"They didn't drink anything, just talked and took pictures," the manager, who wanted to remain anonymous, told AFP.

Perry visited the children's theater La Colmenita over the weekend, singing and dancing with the children, according to the Communist Party newspaper Granma.

She performed at a concert in Puerto Rico before returning to Cuba Wednesday.

The singer is the latest in a string of stars -- including Mick Jagger and Rihanna -- to visit Cuba since July, when diplomatic ties were restored between the island nation and the United States after a half-century freeze.