Republicans explain their Trump fever: 'We need a businessman' 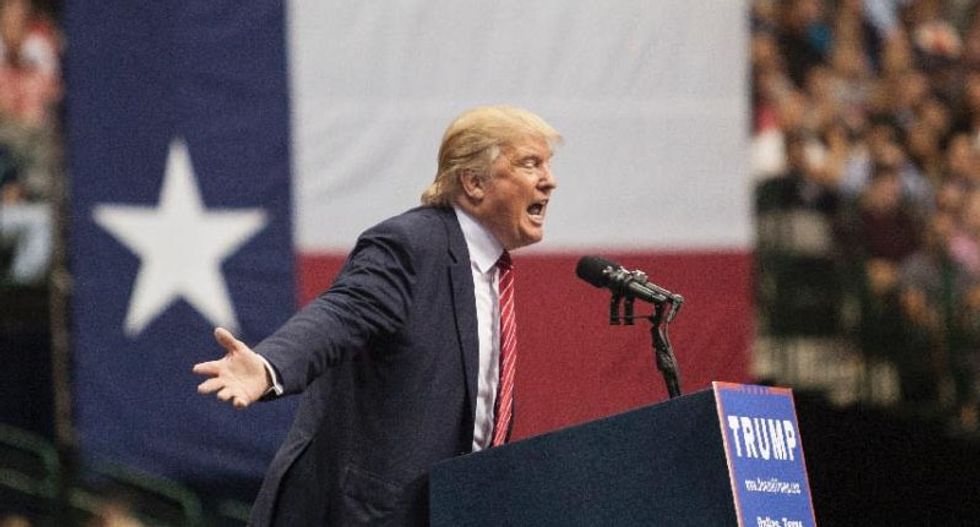 The boundless enthusiasm for American real estate tycoon Donald Trump, the brash billionaire who leads the Republican White House race, can no longer be explained as a passing fad. Why do supporters admire him so?

Many cite his personal success, his immunity from special interests, a grassroots populism, and his famous disregard for political etiquette.

Four months after launching his campaign, the 69-year-old Trump is the preferred presidential candidate of roughly one in four Republicans.

His events have drawn large crowds, including nearly 5,000 people who cheered him Wednesday at a raceway complex in Richmond, Virginia.

Trump never hesitates to tout his own triumphs, whether in the polls or his sprawling international property empire. "That's the kind of thinking we need in the country!" he boomed Wednesday, tapping a fingertip to his temple.

The word "businessman" reflexively crosses the lips of his supporters, assured it is a measure of his competence.

"Our country's hit the tipping point. We're paying out more than is coming in, and we need a businessman," said disillusioned real estate agent Terri Brennan, 50, among the first to arrive at the complex to see Trump.

Many compared presidential power to management of a corporation: a commander in chief must be adept at negotiation and firm in decision-making. Trump, they said, would do far better at "managing" Russia's Vladimir Putin than US President Barack Obama has.

And no matter if Trump does not know the name of this or that foreign leader.

"He didn't get to where he is by being a lone ranger," said Ireland-born Alice Butler-Short, 72, a retired paralegal who moved to the United States in the 1980s.

"He will have the right people around to advise him."

Trump, a billionaire many times over, reminded the crowd he is "not controlled by anybody."

For his fans, such independence is crucial. They applaud that he owes nothing to special interests or wealthy donors who would demand favors in return.

As for Trump, "he's a statesman. That's the way our country started, statespeople," she added, referring to America's founding fathers who took time from their careers to serve the public.

Trump, who vows to self-fund his candidacy, speaks credibly about donor-politician scheming. He himself has poured big bucks into political campaigns of Democrats and Republicans alike, and recalled the overflowing gratitude with which past candidates received his checks.

Could Trump's presidential bid be one big publicity campaign to boost his brand's prestige?

"Without a border, we don't have a country," Trump stresses, renewing his pledge to build a wall on the border with Mexico to keep out undocumented immigrants.

At the heart of his message: America first, in the aftermath of an Obama presidency which Trump insists diminished US standing worldwide.

"President Obama leans too much on the side of foreign countries," complained student Thomas Rosado, 19.

Those in the ultra-conservative Tea Party movement, some of whom have gravitated to Trump, argue that Washington wastes too much money abroad.

"We should take care of our own here first" instead of sending it to "countries that hate us," said local Trump volunteer Annette Truelove.

Finally, there is the provocative Trump style, the satisfaction supporters get in hearing him say aloud what many Americans think but keep to themselves.

Supporters claim to be part of a "silent majority" popularized by president Richard Nixon and embraced by Trump.

While dismissive of the political class, many Trump backers give him a pass when it comes to his Democratic-leaning past, and appear indifferent to the prospect of Trump gaffes with foreign leaders on the international stage.

"He's going to be a Ronald Reagan plus plus," insists Butler-Short, thrilled at Trump's propensity for bombast over good manners.

"He's got what young people call 'the X-factor.'"