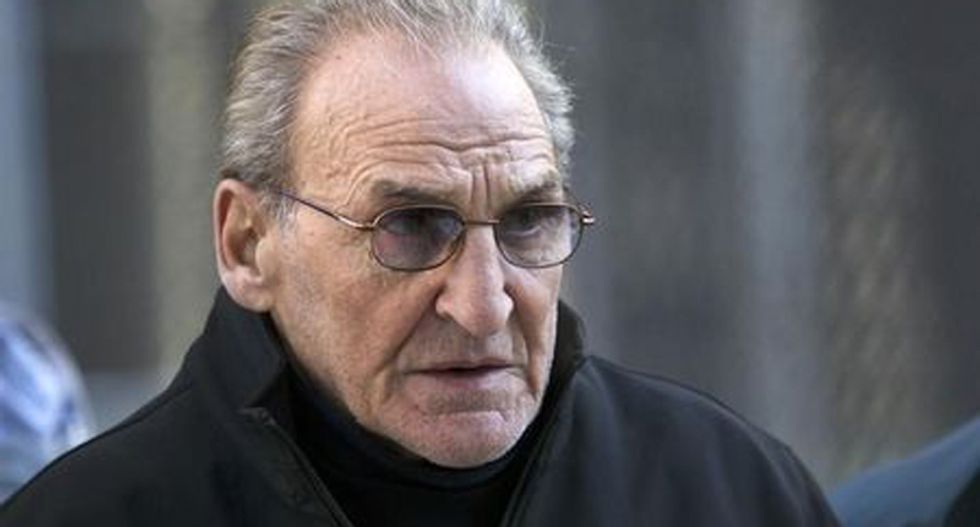 For nearly four decades, it remained one of America's most infamous unsolved crimes: on Dec. 11, 1978, a crew of masked men stole $6 million in cash and jewelry from a Lufthansa Airlines cargo building at John F. Kennedy Airport in New York.

The brazen heist, which helped inspire the gangster movie "Goodfellas," left authorities largely frustrated until last year, when federal prosecutors in Brooklyn charged Vincent Asaro, a member of the Bonanno organized crime family, with participating in the theft.

His criminal trial is set to begin on Monday in Brooklyn federal court before an anonymous jury.

Most of the other suspected participants in the robbery disappeared, were killed or died, making it difficult for authorities to piece the case together.

"Once you kill one guy, you gotta kill them all, because otherwise they'll get scared," said Howard Abadinsky, an organized crime expert and a professor at St John's University in New York. "He’s one of the few guys that's still alive."

Asaro, now 80, is accused of a litany of crimes stretching from 1968 to 2013, including murder, racketeering, arson and robbery. He was arrested alongside four other alleged members of the Bonanno family, who were charged with crimes unrelated to the Lufthansa heist.

Those defendants, Asaro's son Jerome, Jack Bonventre, Thomas DiFiore and John Ragano, all pleaded guilty and were sentenced to prison terms ranging from 21 to 90 months.

Asaro's defense lawyer, Gerald McMahon, did not respond to a request for comment but has said Asaro denies all the allegations.

The only man ever convicted for the Lufthansa heist was Louis Werner, a cargo agent and the inside man. Werner passed along the idea for the robbery in order to settle gambling debts.

The robbery's proceeds, most of which were never recovered, would be worth nearly $22 million today.

James Burke, an associate of the rival Lucchese crime family known as "Jimmy the Gent," was long considered the mastermind of the robbery; he died in prison in 1996 while serving time for murder. Burke inspired the character played by Robert De Niro in "Goodfellas."

"To pull it off at an airport – you hate to say criminals should get credit, but you have to credit them for pulling it off," Abadinsky said.

The investigation got a break in 2013, when federal agents dug up human remains from the basement of a home tied to Burke based on information from a cooperating witness. The remains were identified as Paul Katz, a former Burke associate.

Asaro and Burke strangled Katz with a dog chain in 1969 after becoming suspicious he was an informant, prosecutors said.

The evidence against Asaro includes recordings made by several cooperators, including high-ranking members of the Bonanno family, who hope to receive witness protection, according to court papers.

One expected witness at trial is Joseph Massino, a former boss of the Bonanno family who has previously testified for the government.

As recently as 2011, court filings say, Asaro was recorded complaining that he hadn’t gotten his share thanks to Burke.

"We never got our right money, what we were supposed to get," he said, according to prosecutors.

The jury won't hear about the string of murders allegedly carried out in the robbery's wake to eliminate potential informants. Earlier this month, the judge overseeing the trial ruled that evidence of the killings would be too prejudicial to Asaro, who is not accused of carrying them out.

Asaro is charged with several other crimes, including setting a building on fire in Queens, robbing Federal Express of $1 million in gold salts, soliciting the murder of his cousin in the 1980s and loan sharking as recently as 2013.