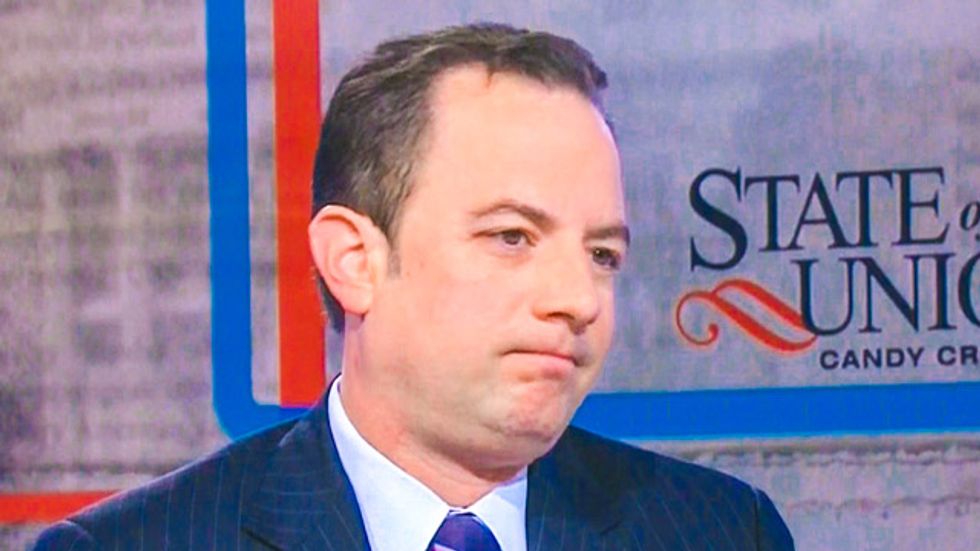 The head of the Republican National Committee forecast a bleak future for his party, saying a failure to recapture the White House in 2016 could mean his party is "cooked."

In an interview with the Washington Examiner, RNC chair Reince Priebus said it is important to elect Republicans at every level of government, but that the White House is where true power holds court.

"Our job as a national party is to elect Republicans, and it generally means House, Senate, presidential," Priebus said. "We're viewed in a presidential year as the presidential committee that is responsible for helping elect the president, but at the same time, we have a responsibility to help pay for the ground operation in every targeted U.S. Senate races and the targeted Congressional races as well, so it is our job to do all three."

Priebus went on to say that, while he has had success at getting Republicans elected to the House and Senate in midterm elections, the White House has proven more difficult.

"We're seeing more and more that if you don't hold the White House, it's very difficult to govern in this country — especially in Washington D.C." Priebus explained.

Priebus was quick to add that he didn't anticipate another GOP presidential loss to the Democrats next year, saying, "I think history is on our side."