Sanders blasts broken system: Kids busted for pot while economy-wrecking CEOs are ‘too big to jail’ 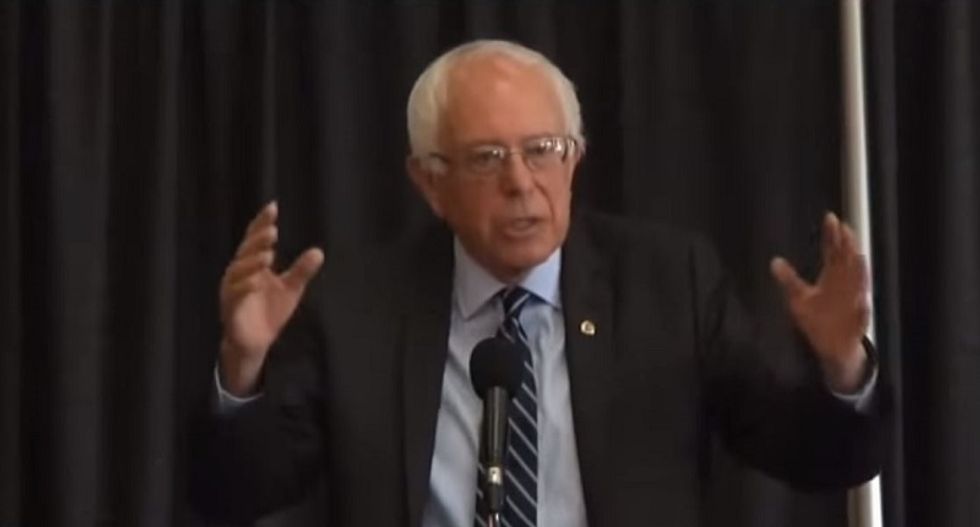 Speaking at William Penn University, Democratic presidential candidate Bernie Sanders tore into unequal laws that result in young people having criminal records for small amounts of pot while corrupt Wall Street bankers who wrecked the economy have never faced consequences for their actions.

"Here's an issue, and I think this drives the American people a little bit nuts," Sanders said, after being asked by a woman about student loan debt. "You got kids who have police records in this country for possessing a small amount of marijuana. Does any major CEO of a Wall Street financial institution whose greed and recklessness and illegal behavior destroyed this economy, resulted in the loss of millions of jobs, people lost their homes, lost their life savings. Does any one of those guys have a criminal record?"

That reflects the priorities of a system that considers banks "too big to fail" and CEOs "too big to jail," Sanders said.