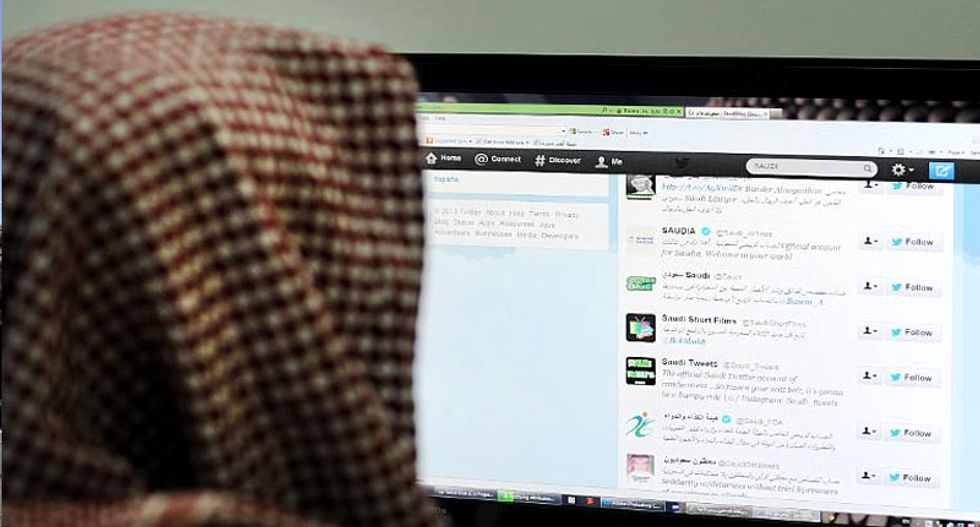 A Saudi man browses through Twitter on his desktop in Riyadh, on January 30, 2013 (AFP)

A Saudi prince accused of trying to sexually assault a worker at a Beverly Hills estate will not face a felony charge in the case, the Los Angeles County prosecutor's office said on Monday, though he still could face misdemeanor criminal charges.

Majed Abdulaziz Al-Saud was arrested on Sept. 23 at a gated mansion in Beverly Hills and booked on suspicion of trying to force an employee to perform oral sex, police said. He was released on $300,000 bond the next day, according to police and online jail records.

The Los Angeles County District Attorney’s Office said on Monday they had declined to bring felony charges and referred the case to the Los Angeles City Attorney for consideration of possible misdemeanor charges, a spokeswoman said.

A spokesman for the city attorney said the case remained under review by that office but no decision has been made.

“The decision by the D.A.’s office not to file charges shows that the accuser’s stories cannot be substantiated," he said.

"The sheik is very happy to put it behind him and move on with his life," he told the newspaper.

The Saudi prince was arrested after someone called authorities to report a bleeding woman screaming and trying to scale a wall of the estate he was renting in Beverly Hills, one of the most exclusive enclaves in the world, a neighbor told the Los Angeles Times last month.

Al-Saud was named in a civil suit filed in late September by three women who allege he sexually harassed them between Sept. 21 and Sept 23 in Beverly Hills, City News Service reported.

An attorney for the estate employee who accused him of assault at the home could not immediately be located.