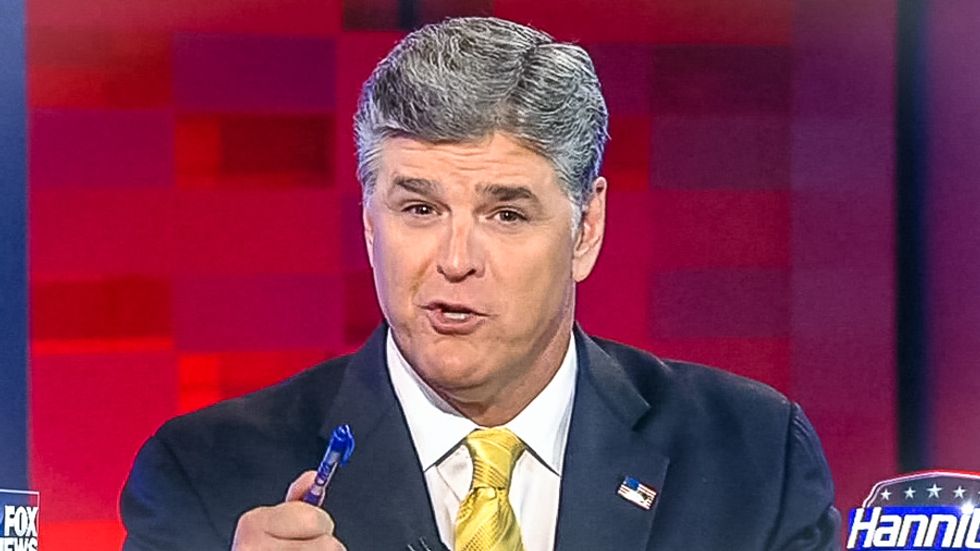 During a segment called "Race In America," Hannity complained that Democratic presidential candidates had agreed to participate in a town hall event with "radical" Black Lives Matter activists.

"Not all lives matter, black lives matter," Hannity told Fox News contributor Juan Williams. "Your Democratic Party is going to allow the 'pigs in a blanket, fry them like bacon' group to host a Democratic forum?"

"What's wrong with your party?" the host asked. "Why don't you let the Klan host a party? Talking about killing cops, fry them like bacon."

"You guys make this into that this was the anthem of all Black Lives Matter," Williams pointed out. "Let's get to the politics of it. They are a special interest group and they are saying they want attention for their issue."

"Right," Hannity quipped. "The 'pigs in a blanket, fry them like bacon' group."

"There's a group of Republicans called NRA, guns everywhere, let's have a shooting gallery for a country!" Williams exclaimed.

Hannity was shocked by the comparison: "Don't compare the NRA to this racism! Excuse me, I'm a proud NRA member and I'm the biggest gun safety person you'll ever meet."