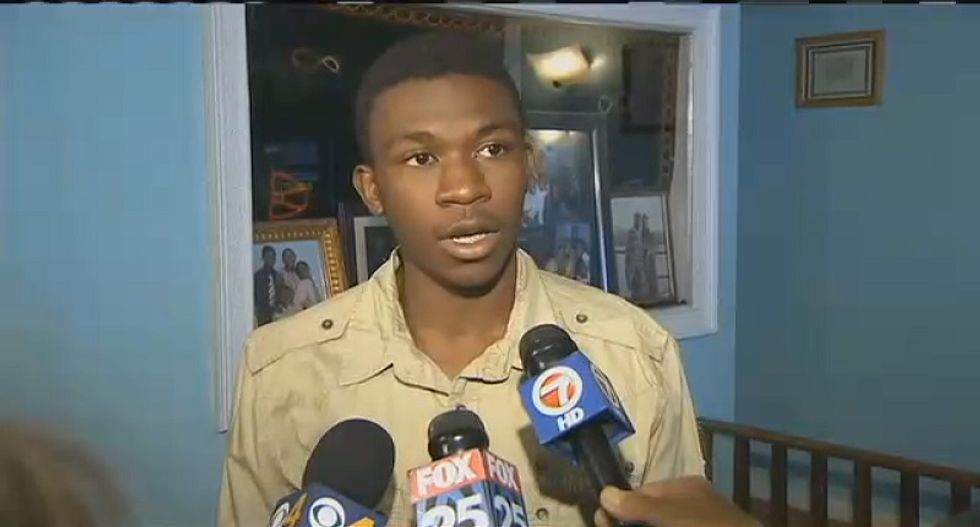 Six students from Lowell High School north of Boston were suspended this week after participating in a racist group text chain about the newly-elected black class president that became public, the Lowell Sun reported.

In a group text message titled "We Love Black People," the students mocked high school senior Anye Nkimbeng when it was announced he won the election this week. One of the students, appearing to mimic GOP candidate Donald Trump's campaign slogan, #MakeAmericaGreatAgain, wrote, "rule out blacks and #MakeLHSGreatAgain" amid other racist messages.

Another called for Nkimbeng to be lynched.

"That's why Class of 2017 is the best," one student responded. "We'll be the first class in years to have a white president."

"He shouldn't be president, impeach him," the petition reads, according to the Sun. "Imagine him doing your graduation speech."

In the text messages, one student used the N word and said they were "nervous" about Nkimbeng's speech at their graduation.

"Every black person in our grade are standing up yelling AYEEEE and twerking," the text read, according to the New York Daily News.

The messages were posted briefly to Twitter before being deleted, the Boston Globe reports.

Headmaster Brian Martin told the Sun he couldn't release the identities of the students who were suspended because they are all minors.

Nkimbeng said he was "disappointed and sad" to learn about the texts that surfaced just after he found out he won the election.

Lowell City Manager Kevin Murphy told the Glob he met with Nkimbeng's parents Friday to apologize for the incident. One of the suspended students was a candidate who lost the election to him, local WHDH reports.

Watch the report, from WHDH, here: