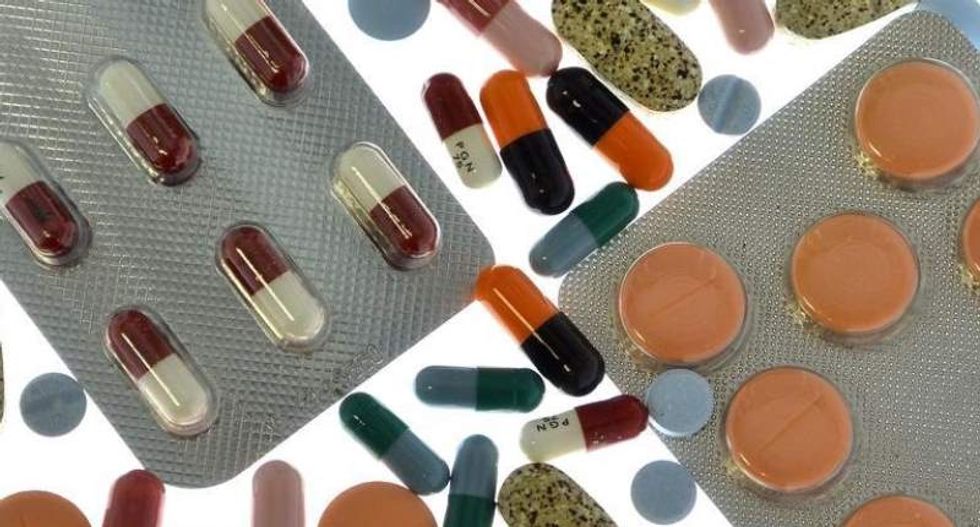 Pharmaceutical tablets and capsules in foil strips are arranged on a table in this picture illustration taken in Ljubljana September 18, 2013. Picture taken on Sept. 18. Photo by Srdjan Zivulovic for Reuters.

Backers of a referendum aimed at reducing the cost of prescription drugs in California said Wednesday that they had gathered more than enough signatures to place their measure on the November, 2016, ballot in the most populous U.S. state.

The measure by the AIDS Healthcare Foundation would require the state to pay no more for prescription medications than does the federal Veterans Administration, which negotiates aggressively with drug companies.

"If prices are lower, the burden on taxpayers is going to be lower," said Michael Weinstein, the organization's longtime president. "It's also going to trickle down to the copays and costs of what people pay for pharmaceuticals."

The Los Angeles based organization, which provides services to AIDS and HIV patients and is involved in public health advocacy, has collected nearly 550,000 signatures from California voters to place the measure on the ballot, more than the 366,000 valid signatures needed, Weinstein said in an exclusive interview with Reuters.

The group plans to file the signatures with the state on Nov. 2.

The measure is expected to generate fierce opposition from the pharmaceutical industry, which already has a war chest of about $10 million in a campaign account set up to fight it.

According to the state's campaign finance website, donations include $5.7 million from Johnson & Johnson, and $2.8 million from Bristol-Myers Squibb Co.

"While this ballot measure may look simple, the changes being proposed will have adverse consequences for Californians," said Kathy Fairbanks, spokeswoman for the campaign against the measure.

"If it goes forward we will be preparing a campaign to educate voters in California about its negative consequences."

Weinstein said the organization had tried for years to persuade the California legislature to adopt laws that would control spiraling pharmaceutical costs in the state, to no avail.

He predicted that anger over high prices for prescription drugs would lead to strong support for the measure. Prices paid by the state would be tied to those negotiated by the Veterans Administration, because the federal agency has negotiated rates for the drugs that it buys that are 20 percent to 25 percent lower than most other customers pay.

The organization is also seeking to qualify a similar measure for the ballot in Ohio. Three years ago, it successfully backed a ballot measure requiring adult film actors in Los Angeles to use condoms. The organization is currently backing a statewide version of that measure.