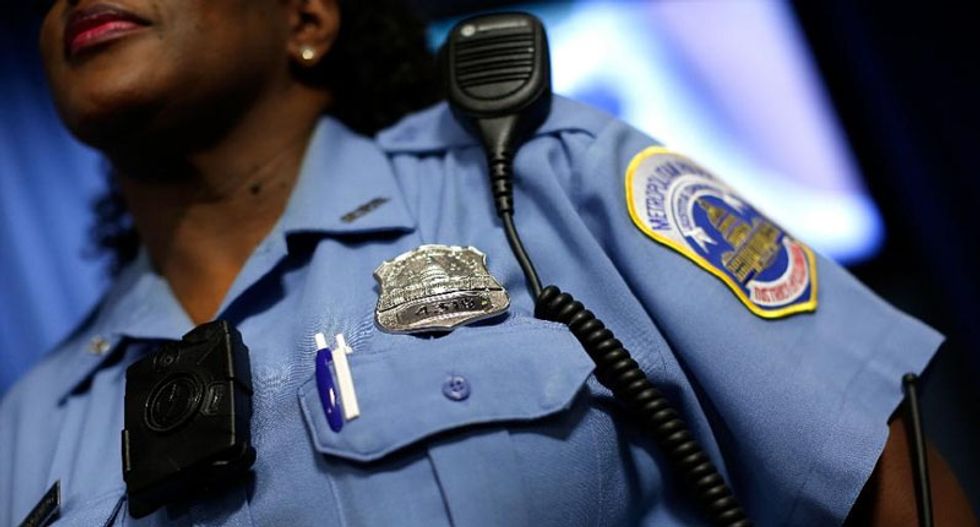 On Monday, while the US public was captivated by footage of a teenager being flipped over her desk and dragged across the classroom, another video was going viral too.

In it, a teen appears to challenge a police officer to a dance-off. The officer accepts and they dance, circling each other, for a nearly a minute.

In the two videos, both girls are black, both officers white. Both teenagers reportedly defied police orders. Beyond that, the similarities fade.

After the student in the first video reportedly refused to put away her phone in class, South Carolina officer Ben Fields grabbed her in a violent response that cost him his job.

Meanwhile in Washington, DC, police broke up a group of fighting teenagers Monday and asked the kids to clear out of the area. Instead of leaving, according to the Washington Post, one teenage girl approached a female officer while playing the hit song "Watch Me (Whip/Nae Nae)" on her phone and doing her version of the signature shoulder-swaying dance.

Then the officer, in bulky body armor and boots, showed off her own dance moves.

By the time it was over -- both sides reportedly claimed victory -- the tension had lifted.

President Barack Obama singled out the dance-off Thursday as a model for police looking to build relationships with neighborhoods -- a pressing issue as outrage at police brutality has grown in the past year.

"Who knew community policing could involve the Nae Nae? Great example of police having fun while keeping us safe," he tweeted under the handle @POTUS.

The contrast between the two videos highlighted a point Obama made Tuesday, as the jarring classroom scene played on repeat on cable news.

"With today's technology, if just one of your officers does something irresponsible, the whole world knows about it moments later," he told an audience of police chiefs.

"And countless incidents of effective police work rarely make it on the evening news."

"Engaging with residents thru dance is part of our dedicated community policing effort in the nation's capital," she tweeted.