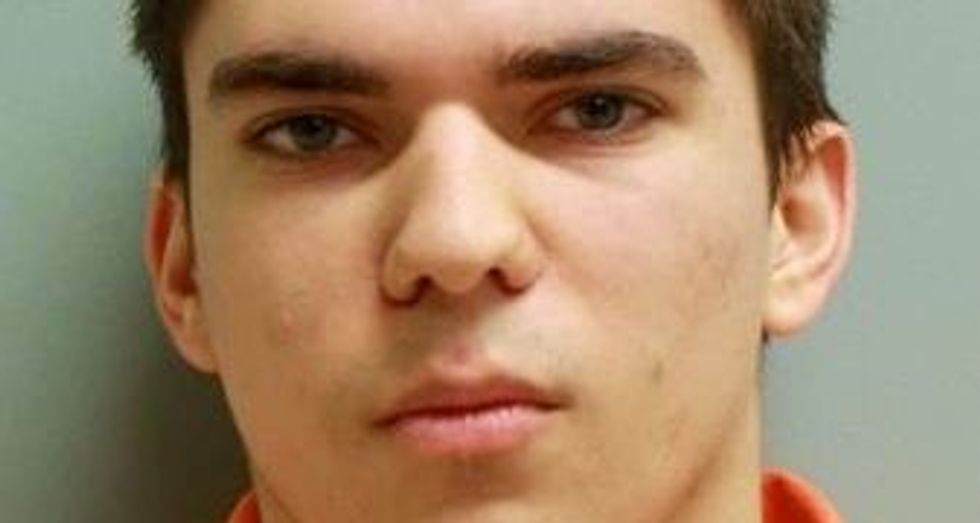 A teenager charged with attempting to murder 21 people in a stabbing spree at his Pennsylvania high school was transferred to an adult lockup on Thursday, his 18th birthday, while his lawyers sought to have him tried as a juvenile.

Alexander Hribal, who is charged as an adult with 21 counts of attempted murder, was 16 when he was arrested in the April 2014 rampage at Franklin Regional High School in Murrysville, Pennsylvania, outside Pittsburgh.

He was moved to the Westmoreland County Prison from a nearby juvenile detention facility where he had been held since his arrest for slashing 20 classmates and a security guard with two 8-inch kitchen knives, county prison records show.

A defense request to switch the case to juvenile court has not yet been decided, a Westmoreland County Court administrator said on Thursday.

During a hearing in June, victims urged a judge to keep the case in adult court, with its potential for more severe punishment than juvenile court, and described in graphic detail the horror they experienced that spring morning at school.

"I looked down and I saw I was gushing blood everywhere," student Connor Warwick, 17, testified. He said a knife went through both sides of his stomach, nicked his liver, gallbladder and pancreas and one of his lungs collapsed.

Hribal suffers from pre-schizophrenic symptoms and suicidal tendencies, according to court documents. He will appear in court on Oct. 26 for a bail hearing.