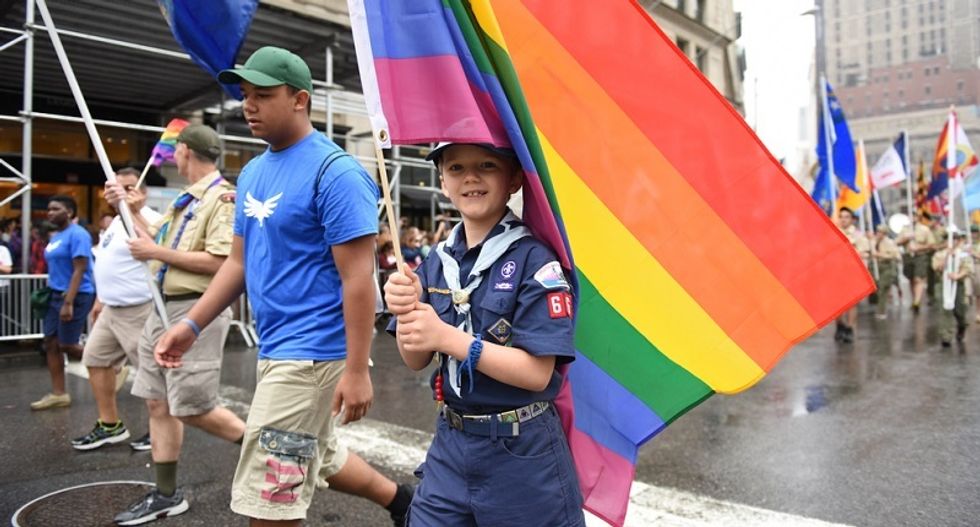 A Tennessee church has kicked a local Boy Scout troop out because the organization lifted its ban on openly LGBT scout leaders and members, KTRK reports.

North Boulevard Church of Christ told the local Scouts and Cubs they will need to find a new meeting place and that the congregation decided to end its partnership with the scouting organization because it is no longer "sexually pure."

A statement from the church reads, "Scouting policies regarding sexual purity no longer reflect our values—values grounded in the work of Christ, in the Scriptures, and in nearly 2,000 years of church teaching. For this reason, North Boulevard has ended our sponsorship of Scouting troop."

Church member Joe Elliott said giving the children the boot meant the church was standing up for ethics.

"I think political correctness a lot of times leads us to saying nothing or being afraid to say anything and I decided that I need to take a stand and believe God's word, take a stand on God's word regardless of what people think and what the society says," church member Joe Elliott told WKRN.

He told the station he thinks people are forgetting about "old fashioned values."

“Our beliefs are being eroded and I believe even Christian people are reinterpreting the scriptures, and it’s almost a situation of ethics,” he told WKRN. “We do this because this is what we do, and its okay. I don’t believe in that, I believe the scripture teaches against that.”

In July, the Boy Scouts of America voted to end the ban on openly LGBT people. The Girl Scouts, a separate organization, has a long-standing practice of inclusiveness.

Watch the report from WKRN here: