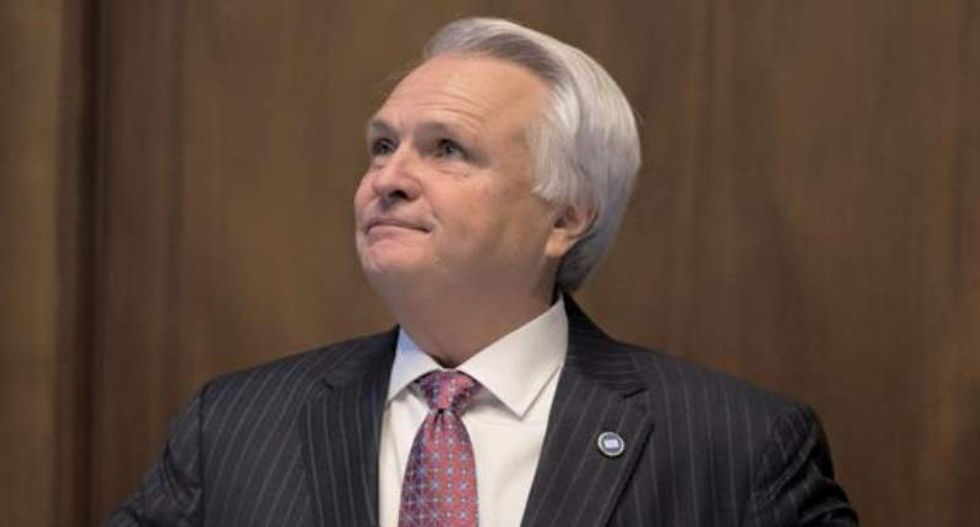 According to The Tennessean, Ramsey made the remarks on his official Facebook page.

"While this is not the time for widespread panic, it is a time to prepare," he wrote on Friday morning. "I would encourage my fellow Christians who are serious about their faith to think about getting a handgun carry permit. I have always believed that it is better to have a gun and not need it than to need a gun and not have it. Our enemies are armed. We must do likewise."

Ramsey attached his remarks to a report stating that the gunman -- identified by news outlets as 26-year-old Chris Harper Mercer -- ordered victims to identify their religion during the attack at Umpqua Community College. Ten people were killed during the attack, including the gunman. Another seven were injured.

"The recent spike in mass shootings across the nation is truly troubling," Ramsey wrote. "Whether the perpetrators are motivated by aggressive secularism, jihadist extremism or racial supremacy, their targets remain the same: Christians and defenders of the West."

The Los Angeles Times reported that, while authorities have not publicly identified the gunman, they have described him as having "anti-religion" and "white supremacy" beliefs.

Harper Mercer also described himself online as "not religious, but spiritual" and identified politically as "conservative, Republican."

"Senator Ramsey’s inciting statements in the face of a national tragedy are all the more alarming when you consider them in their historical context," Clemmons wrote. "Things have never ended well when any leader has asked people to take up arms in the name of their religious faith. This type of rhetoric is counter-productive to our efforts on so many levels."