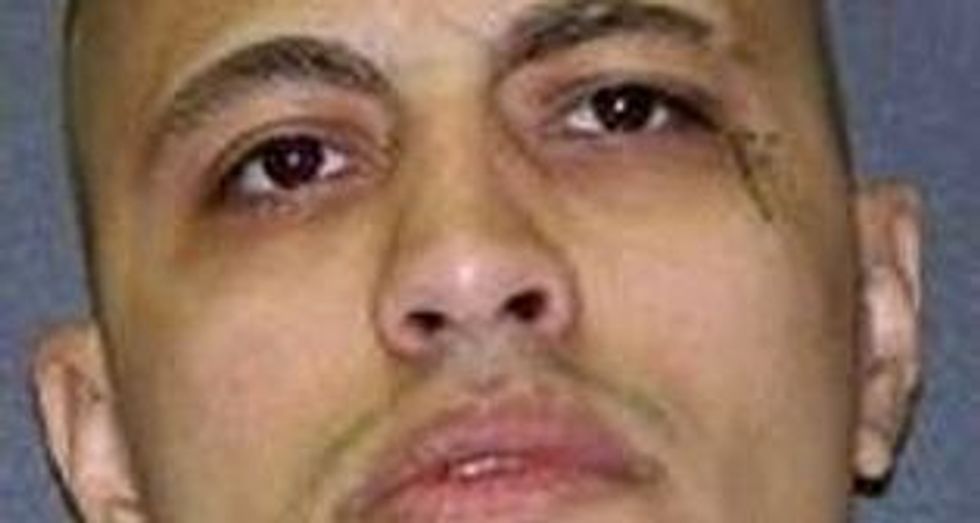 Texas on Wednesday executed an inmate convicted of the fatal 2001 shooting of a Dallas police officer working as an off-duty security guard at a nightclub in the city.

Licho Escamilla, 33, was pronounced dead at 6:31 p.m. at the state's execution chamber in Huntsville after receiving a lethal injection, a prisons official said. He was the 12th person executed this year in Texas, the most of any state.

Prosecutors said Escamilla, then 19 and wanted in the killing of a neighbor in Dallas a few weeks earlier, got into a fight at a valet parking stand at a nightclub called DMX. Officer Christopher James and three other Dallas police officers were working as off-duty security in police uniforms.

As James and another officer approached to break up the fight, Escamilla opened fire. The officers returned fire but both were wounded, including James who had collapsed on the ground, prosecutors said, according to court documents. Escamilla was also wounded.

As the suspect was trying to flee the scene, "Licho paused where Officer James had fallen and fired additional close-range, fatal shots aimed at James' head," the court documents said.

The two other officers then apprehended Escamilla after an exchange of gunfire. He was taken into custody and transported to a hospital to treat his minor gunshot wound.

Witnesses testified that Escamilla was laughing at the hospital and boasting about killing the officer, court documents showed.

It took a jury in 2002 less than an hour to sentence him to death and he responded by throwing a pitcher of water at the jury box.

He unsuccessfully tried to appeal the sentence, with lawyers saying his original counsel failed to present mitigating evidence that could have spared him from execution, including an abusive upbringing and substance abuse problems, court documents showed.