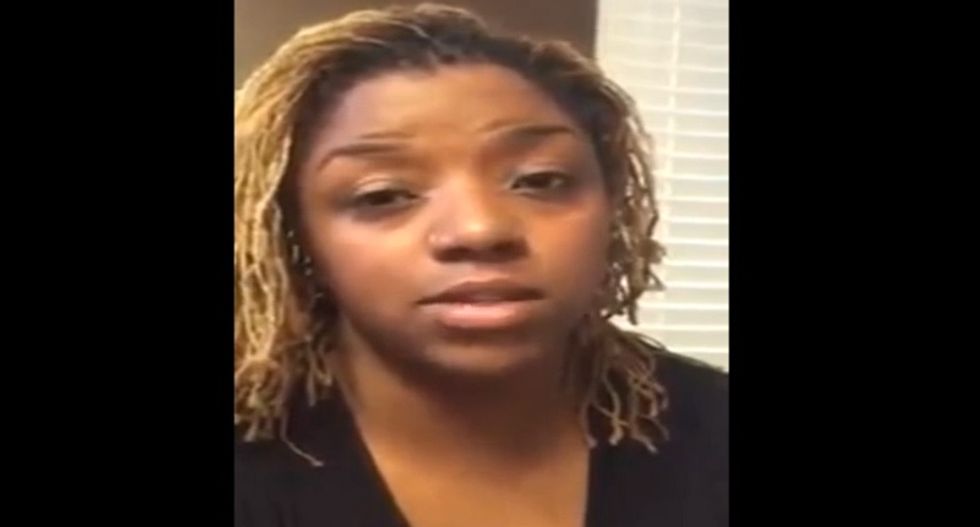 A Texas mother took to YouTube to call out the publishers of her son's geography text book for hinting that Africans first came to the United States as immigrants rather than slaves, ABC13 reports.

Roni Dean-Burren was taken aback when she noticed her 9th grade son's textbook, "World Geography," addressed the forced displacement of Africans to the Americas to work as slaves in an unusual way. The subject is addressed under a section of the book, published by McGraw-Hill, called "Patterns of immigration."

On the section's title page, there is a map that describes Africans being brought to the United States as "workers."

"The Atlantic slave trade between the 1500s and the 1800s brought millions of workers from Africa to the southern United States to work on agricultural plantations," Dean-Burren read from the text. "Immigrants -- yeah that word matters."

She then points out a section that discusses English and Europeans coming to the U.S., many as indentured servants, but then notes that "there is no mention of Africans working as slaves or being slaves. It just says we were workers."

McGraw-Hill noticed Dean-Burren's video and agreed to rewrite the text.

"We believe we can do better," the publisher wrote in a Facebook post. "To communicate these facts more clearly, we will update this caption to describe the arrival of African slaves in the U.S. as a forced migration and emphasize that their work was done as slave labor. These changes will be reflected in the digital version of the program immediately and will be included in the program’s next print run."