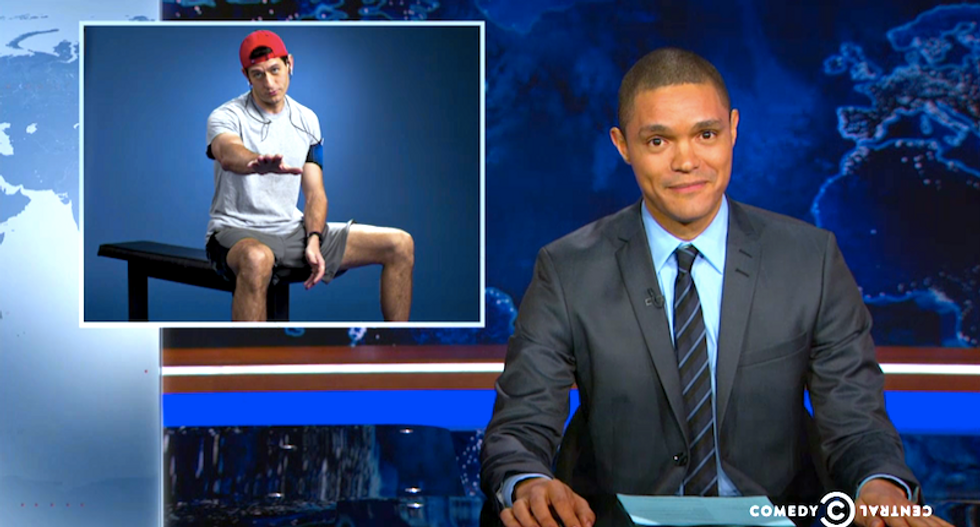 Trevor Noah had some advice on Tuesday's Daily Show for House Republicans who are turning to Rep. Paul Ryan (R-WI) to take over as House Speaker.

"Leave Paul Ryan alone," Noah said. "He's just not that into you. At this rate, in a few days I feel like Paul Ryan will probably grow a beard and someone will come and be like, 'Are you running?' and he'll answer the door like, 'Paul Ryan? You just missed him. I'm his brother, Paul Bryan.'"

However, Noah said, he did not blame Ryan for not wanting to assume the "career-ending" position in the wake of John Boehner's (R-OH) resignation and Rep. Kevin McCarthy's (R-CA) surprising decision not to run for it.

"You're the negotiator for a group that doesn't want to negotiate," Noah argued. "It's like piloting a plane but without the wings. Or a tail. Or an engine. Or pretty much anything but the peanuts. You're trying to fly a bag of peanuts."

Ryan has also come under criticism from conservative outlets like Breitbart.com and the Drudge Report for allegedly lacking conservative bonafides, something correspondent Jessica Williams described as being "Playboy'd."

"It used to be that if you were looking to see pictures of naked ladies, Playboy knew what turned you on. In the same way that Paul Ryan was the clean-cut conservative boy-next-door who used to excite Republicans," she explained. "But the times have changed. You've got all these sleazy sites offering extreme-right positions with the click of a mouse. Tasteful conservatism just ain't gonna do it for you anymore."

Watch Noah and Williams' commentary, as posted online on Tuesday, below.