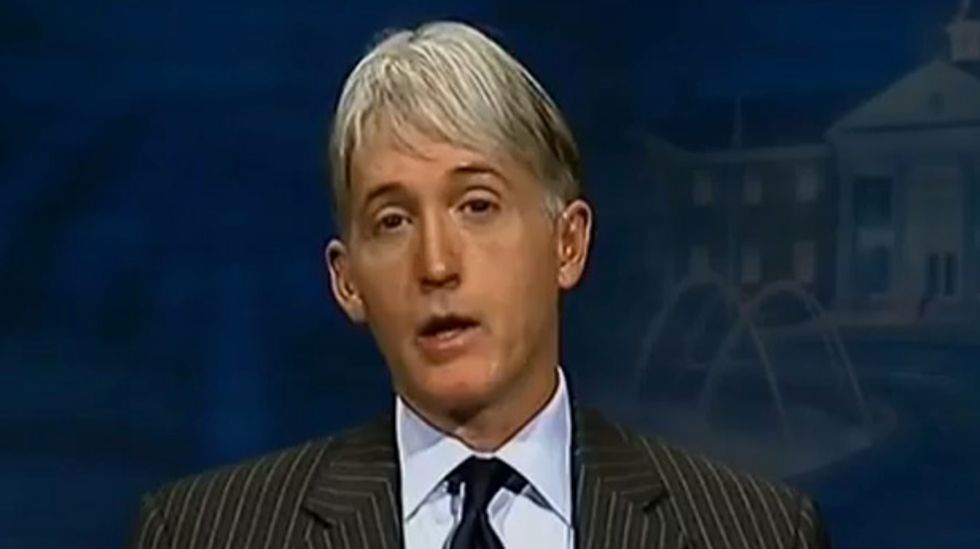 The Republican head of the congressional investigation into the Benghazi attack said on Sunday he is not targeting Democratic presidential front-runner Hillary Clinton and such talk hurts the inquiry.

Clinton was secretary of state in September 2012 when U.S. facilities in Benghazi, Libya, were attacked, killing four Americans including U.S. Ambassador Christopher Stevens.

Democrats have said the Republican-controlled committee is more interested in damaging Clinton's reputation than uncovering the truth about that deadly night.

But the committee's chairman, U.S. Representative Trey Gowdy of South Carolina, said on Sunday he is focused on finding out what security failures led to the incident - not on Clinton.

"She is an important witness but she is one witness," Gowdy, chairman of the House Select Committee on Benghazi, said on CBS's "Face the Nation."

Clinton is due to testify before the committee on Thursday. The committee questioned her senior aide, Huma Abedin, for six hours in a closed session on Friday.

Democrats have argued that the 17-month-old probe is a political tool to damage Clinton as she seeks her party's nomination in the November 2016 presidential election.

Representative Kevin McCarthy, the No. 2 House Republican, stoked that view last month when he said the panel's work may be hurting Clinton's poll numbers.

Gowdy advised fellow Republicans who are not involved in the committee's work to stay quiet.

"I have told my own Republican colleagues and friends 'Shut up talking about things that you don't know anything about.' And unless you are on the committee, you have no idea what we have done, why we've done it," he said on CBS.

Clinton has said she considers the committee to be politically motivated.

"I think it's pretty clear that whatever they might have thought they were doing they ended up becoming a partisan arm of the Republican National Committee," Clinton said in a CNN interview broadcast on Friday.

Representative Elijah Cummings, the leading Democrat on the Benghazi committee, told "Face the Nation" that the 18-month-old had lost its focus: the events that led to the Benghazi deaths.

He said Gowdy has not interviewed the head of the Joint Chiefs of Staff or the secretary of defense, but has brought in many witnesses connected to Clinton through the State Department or her campaigns, including aides and speechwriters.

"We still have been zeroed in on Hillary Clinton. There is absolutely no doubt about that, and it's very unfortunate," he said.