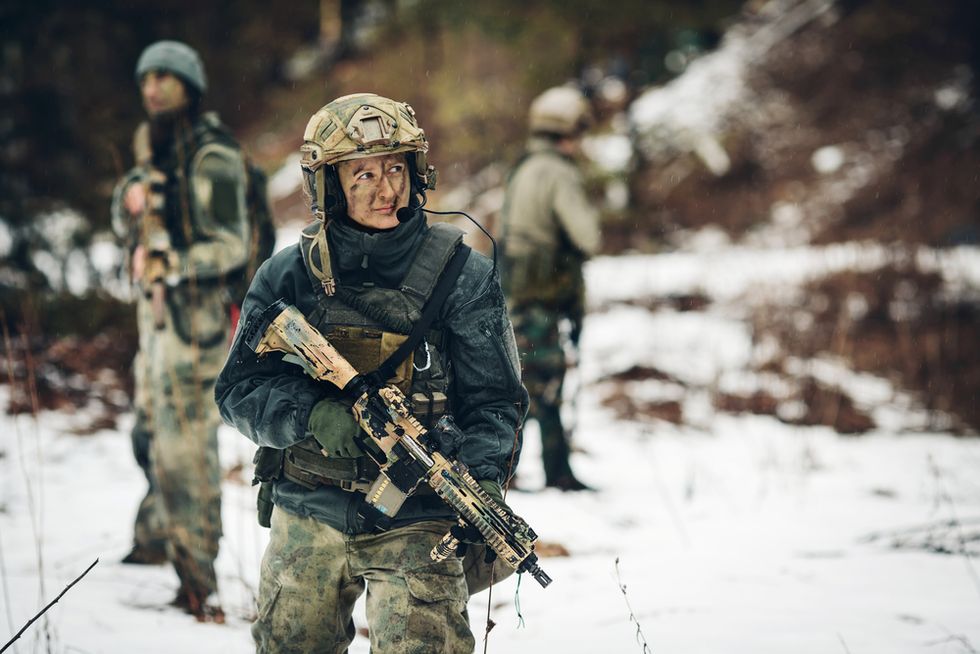 Seven sexual assaults have been reported within the ranks of a special U.S. Marine Corps unit dedicated to integrating women into the fighting force.

The Washington Post reported that the assaults were not publicly reported but are detailed in a 103-page report released to the Post by researchers "who have been vocal advocates of fully integrating women in the military."

The documents are a follow-up to a four-page report summary that generated controversy last month when it stated that women were more frequently injured and shot less accurately than their male counterparts.

The Marine unit tasked with studying the integration of women into combat roles was known as the Ground Combat Element Integrated Task Force. The unit consisted of 300 men and 100 women and it trained for four months at Camp Lejeune in North Carolina before embarking on a simulated deployment to two bases in California.

The unit was formed in October of 2014 and disbanded in July when the study ended.

“This behavior -- whether on duty, on liberty, or online -- is not in keeping with our core values and is detrimental to victims and to unit cohesion and readiness,” said Marine Corps spokesman Maj. Chris Devine to the Post. “Without violating the confidentiality of our Marines, it’s impossible to tell if the sexual assaults they experienced occurred at the ITF, while on liberty or leave, or at a prior unit. Because of the anonymous reporting, these cases of sexual assaults could have occurred [as a member of the integrated task force] and could have occurred prior to joining.”

The documents do not list the details of the assaults, the conditions under which they occurred or whether the victims were male or female.

Some Marines have expressed surprise at the report.

“I never experienced, saw or heard of any sexual assault cases while I was with the unit,” said anti-armor gunner Sgt. Danielle Beck. “If there were any it should have been addressed to the entire unit.”

Navy and Marines Secretary Ray Mabus has questioned the validity of the study with regard to the women's frequency of injury and proficiency with artillery. Mabus said last month in an NPR interview that all jobs in the Navy and Marines should be open to both men and women. The study did not take into account, he said, that the women typically assigned to combat units would be so-called "high performers" who demonstrated levels of physical toughness and combat skill comparable to those of the men in the unit.

“Part of the study said that women tend not to be able to carry as heavy of a load for as long,” said Mabus. “But, there are women who went through this study that could. And part of the study said that we’re afraid that because women get injured more frequently, that over time women will break down more. That you will begin to lose your combat effectiveness over time. That was not shown in this study. That was an extrapolation based on injury rates, and I’m not sure that’s right.”

Approximately 19,000 service members reported being on the receiving end of unwanted sexual contact in 2014, which includes lewd remarks, inappropriate touching and other sexual behaviors.