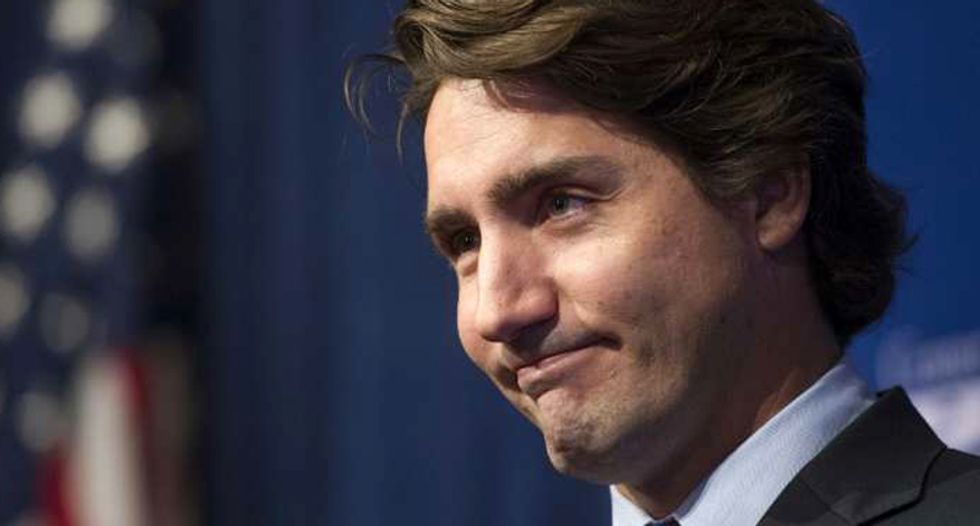 The 43-year-old Trudeau -- the eldest son of Pierre Trudeau, considered the father of modern Canada -- is expected to succeed the conservative Stephen Harper as prime minister.

Early results showed the Liberals swept all 32 seats in the country's Atlantic provinces, doubling their popular support in the region, and scored well in key Ontario and Quebec provinces.

The Liberals came from behind late in the campaign, with Trudeau in a last stump speech promising "not just a change in government but a better government."

Trudeau was elected Liberal leader only two years ago, coming after two past leaders failed to unseat Harper in 2008 and 2011 and subsequently resigned.

During the campaign, he was combative and offered up what he called a bold "new vision" for the nation, hoping to recreate the "Trudeaumania" that swept his charismatic late father to power in 1968.

At times, the battle descended into personal attacks, with Tory ads suggesting that Trudeau -- with his youthful good looks -- was "just not ready" to be prime minister.

But he tapped into a strong desire for change in government after three consecutive Tory administrations since 2006, and took advantage of an all-time low in Harper's popularity.

He pledged to raise taxes on the richest and lower rates for middle-income Canadians, while spending billions on new infrastructure in order to give the struggling economy a boost.