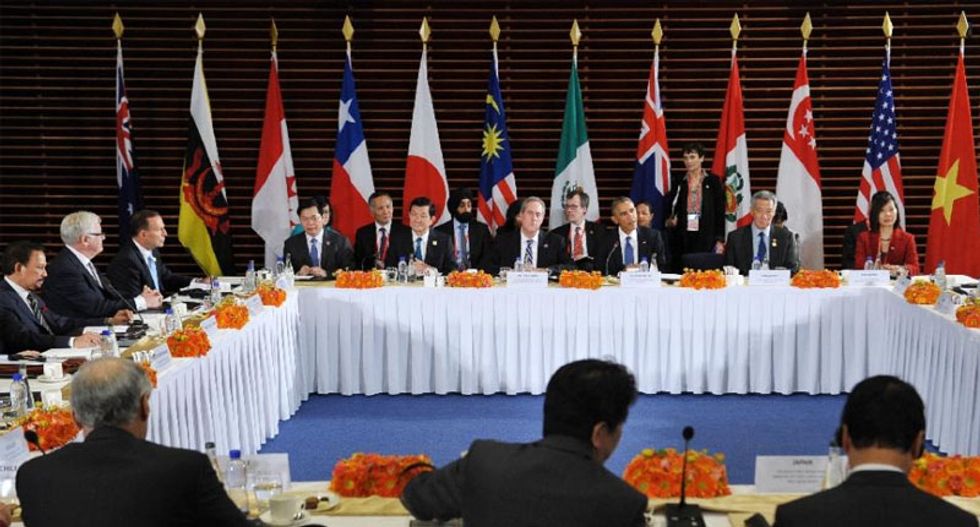 The deal on the Trans-Pacific Partnership, led by the United States and Japan, aims to set the rules for 21st century trade and investment and press China, not one of the 12, to shape its behavior in commerce to the TPP standards.

US Trade Representative Michael Froman officially announced the hard-won deal on the sixth day of talks in Atlanta, Georgia.

Besides the US and Japan, the TPP includes Australia, New Zealand, Canada, Mexico, Peru, Chile, Vietnam, Singapore, Brunei and Malaysia.

The deal came after talks between 12 ministers in Atlanta went four days past deadline to resolve conflicts over how to protect the rights of creators of biologics, a cutting edge class of drugs, and how to open more markets to trade in dairy products.