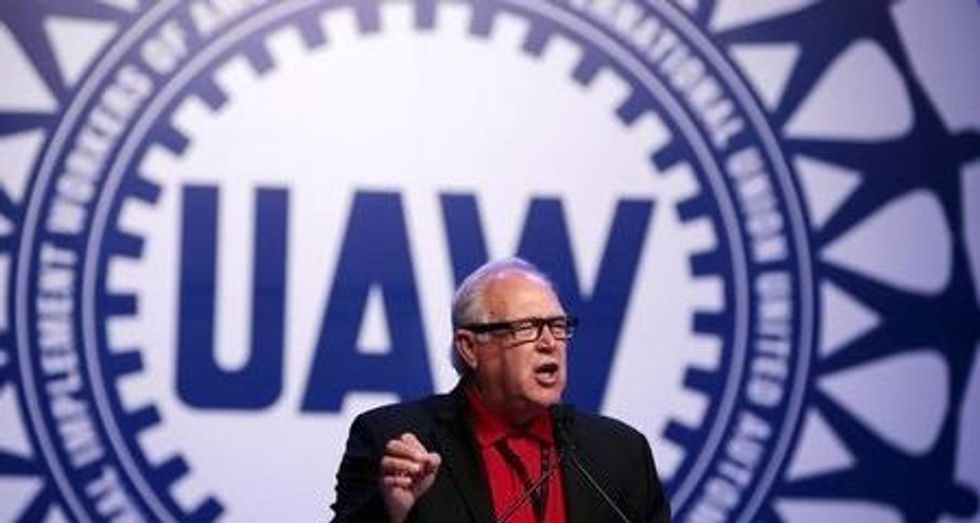 Mounting discontent among the United Auto Workers rank and file will complicate its leaders' bid to recover from the defeat of a proposed labor agreement with No. 3 U.S. automaker Fiat Chrysler Automobiles NV, UAW members said Friday.

UAW President Dennis Williams and its vice president for Fiat Chrysler, Norwood Jewell, told local union leaders during a meeting in Detroit Thursday evening that negotiators would convene Friday and approach the automaker, people familiar with the discussions said. Williams and other top union leaders didn't discuss a strike at Fiat Chrysler in the near term, they said.

Williams and the UAW made no public statement Friday about their next moves at Fiat Chrysler after 65 percent of UAW members rejected the proposed four-year deal. The union did not immediately return a phone call seeking comment on whether negotiators had convened or approached the company on Friday.

The failure of the Fiat Chrysler contract highlights the tightrope that Williams and the UAW are walking. A strong recovery at the once-ailing Detroit automakers has failed to vanquish threats to union jobs from lower-wage workers in Mexico and non-union factories in the Southern United States.

The contract agreed with Fiat Chrysler tempered wage demands in return for promises of $5.3 billion in investment in U.S. factories. But the effort to trade off short term gains for long term security backfired.

Fiat Chrysler is expected to resist boosting U.S. labor costs beyond the levels originally agreed, people familiar with the situation said. The company said on Thursday that its decisions would be based on its "industrial objectives."

The tentative contract provided for raises for both veteran workers currently earning $28 an hour, and recently hired, second-tier UAW members who earn about $19 an hour.

But it did not close the pay gap between the two groups, as many lower-paid workers had hoped, UAW members said. It also provided relatively modest raises for higher-paid veterans who made concessions on wages and benefits during three prior rounds of bargaining as the Detroit automakers scrambled to survive.

UAW officials and rank and file members told Reuters the contract lost support among Fiat Chrysler's 40,000 UAW workers because it failed to lift lower-paid workers into the top tier within the four-year span of the contract. Confusion over proposed changes to the union healthcare plans also undercut support, local leaders and union members said.

“The FCA contract did not resolve the two-tiered wage system, it only made it worse," said Scott Houldieson, a local UAW official at Ford's Chicago assembly plant. "The pay increases included in the contract are only those that we agreed to give up in 2009.”

UAW workers and officials at General Motors Co and Ford plants in the U.S. said a contract patterned on the rejected Fiat Chrysler deal could face opposition if taken to a vote at those companies.

“Our members see this as our time to get back some of the things that they have given up. The expectations of members were very high going into this,” said Brian Hartman, president of the UAW local that represents workers at GM's Fort Wayne, Indiana pickup truck factory.

“As it’s written, there’s not a chance" of a similar contract winning approval at GM, he said.

Nuts-and-bolts issues such as attendance policies, which it tightened, also soured workers on the deal, union members said.

“The new attendance policy is even more strict than the one that most people think is too harsh already,” said Brett Ward, a worker at the Sterling Heights Assembly Plant near Detroit where the Chrysler 200 is made. “The steps toward discipline are fewer and it’s easy for people to get into trouble, and could lead to firing.”

Another unresolved area of tension is the ongoing desire of the Detroit Three to shift more production south of the border.

"We’ve made concessions, we’ve done what was necessary to keep the company profitable and ... they turn around and say, ‘Thanks sucker, we’re going overseas,' said Mary Springowski, 49, who's worked 25 years at Ford's engine plant in Cleveland.