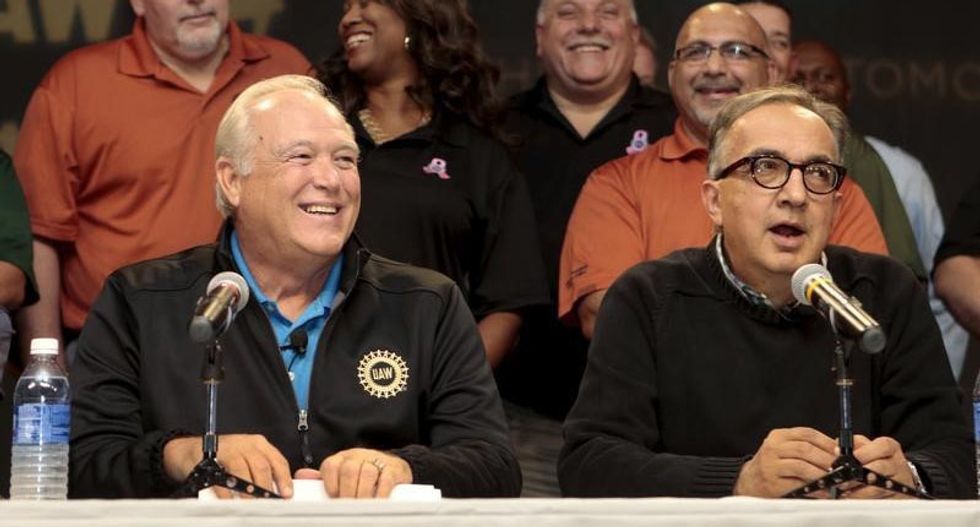 The new contract will be used as a basic pattern for contracts at U.S. automakers General Motors Co and Ford Motor Co. The UAW is expected to soon name the company with which it negotiates next.

The new contract provides a clearer path to top pay for so-called "second-tier" workers in a two-tier wage system established in 2007, which pays newer workers less than those hired before 2007. Last month, 65 percent of Fiat Chrysler UAW members rejected a previous proposed agreement, which led to a threat by the union to strike Fiat Chrysler's U.S. operations.

The company said the new contract "represents an investment in our U.S. workforce and recognizes its contributions to the company’s growth over the past six years."

UAW members sacrificed gains in a 2011 contract and made concessions to allow the former Chrysler to go through bankruptcy and come out partially owned and fully managed by the former Fiat. Fiat and Chrysler merged in 2014.

The new contract will affect 40,000 Fiat Chrysler UAW members in the United States. GM and Ford each have about 52,700 UAW-represented workers.