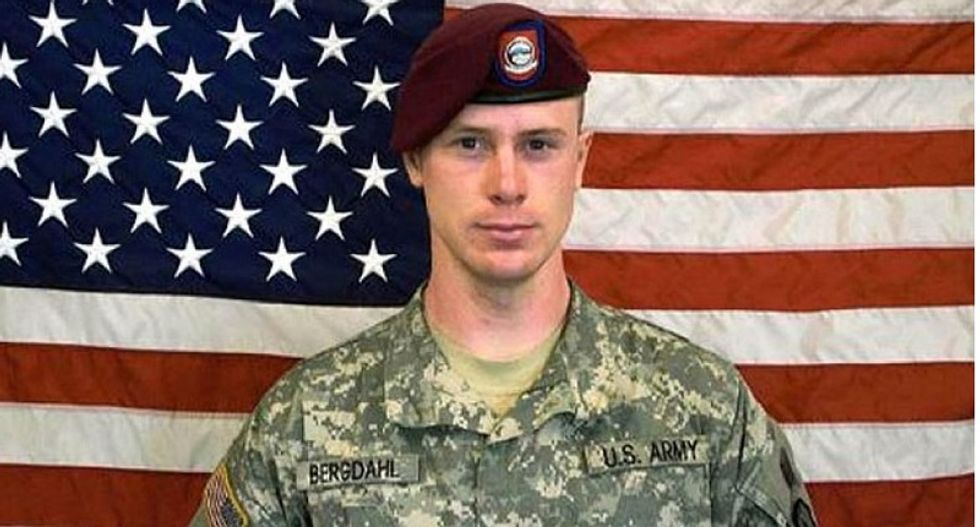 The U.S. military officer who headed a hearing in the case of accused deserter Army Sergeant Bowe Bergdahl recommended that the man held captive by the Taliban in Afghanistan should not be sent to a military prison, Bergdahl's lawyers said.

Lieutenant Colonel Mark Visger, the presiding officer at the so-called Article 32 hearing last month in San Antonio, also made recommendations in a memorandum this week for Bergdahl's case to be moved to the military equivalent of misdemeanor court, the lawyers said.

U.S. military prosecutors told the two-day hearing in September that Bergdahl had intended to desert his post. They said his actions fundamentally altered American operations in Afghanistan and called for him to be held accountable.

Bergdahl, 29, was charged earlier this year with desertion and misbehavior before the enemy. He faces up to life in prison if convicted of the more serious offense of misbehavior.

Lawyers for Bergdahl would like Visger to recommend a punishment under Article 15, they said. Visger's recommendations have not been publicly released.

Under the Uniform Code of Military Justice, Article 15 punishments include reduction of one grade in rank or a requirement that the soldier perform additional duties.

Visger will recommend the course of action for resolving Bergdahl's case, such as whether it should proceed to a court-martial or be handled in some other manner. The final decision will be made by the Commanding General of the U.S. Army Forces Command at Fort Bragg, North Carolina.

Major General Kenneth Dahl, who led the military's investigation into Bergdahl's disappearance and capture, told last month's hearing Bergdahl should not be imprisoned, saying he was not a Taliban sympathizer.

Dahl characterized Bergdahl as an unrealistically idealistic soldier who left his post to report concerns about his unit's leadership to a general at another base. He added that none of the soldiers sent to look for Bergdahl had been killed.

Bergdahl disappeared on June 30, 2009, from Combat Outpost Mest-Lalak in Paktika Province, Afghanistan, and was captured by the Taliban, where he suffered years of abuse and torture.

He was freed five years later in a prisoner swap that sent five Taliban leaders who were being held at Guantanamo to Qatar.

(Story corrects sixth paragraph to say it was Bergdahl's lawyers, not Visger, who recommended punishment under Article 15 and second paragraph on details of military justice)