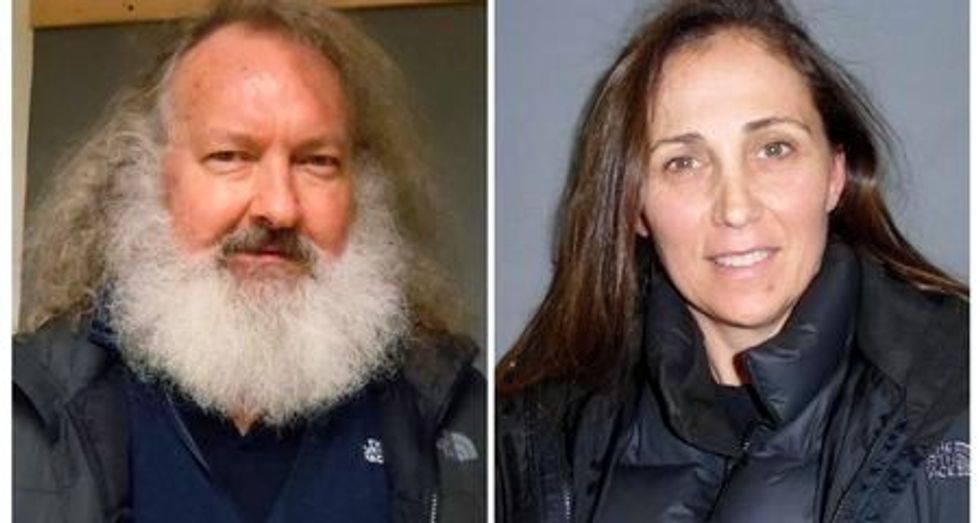 A combination photo shows U.S. actor Randy Quaid (L) and his wife Evi after being arrested at the U.S. Border crossing from Canada at Highgate Port Of Entry, Vermont on October 9, 2015 in this photo released by Vermont State Police on October 10, 2015. REUTERS/Vermont State Police/Handout

A Vermont judge on Thursday ordered actor Randy Quaid and his wife released from jail after they were arrested on Saturday on an outstanding California warrant while crossing into the United States from Canada.

Vermont Superior Court Judge Alison Arms found that there was no reason to hold Quaid, 65, or his wife Evi Quaid, and allowed both to walk free from a courthouse in St. Albans in northern Vermont, a court official said.

Prosecutors had sought to extradite the actor to California, where he faces charges related to a 2010 incident in which he and his wife entered a Santa Barbara building that the couple contends they legally owned. He faces charges of vandalism, unauthorized entry into a dwelling and failure to appear for a court appearance in California.

Earlier in the week, Quaid told the judge he had not been informed ahead of time of the 2010 court proceeding, which he said occurred while he was in Vancouver on a previously scheduled trip.

After leaving the court on Thursday, Quaid told reporters he planned to remain in Vermont and was interested in joining a local volunteer fire department, the Burlington Free Press reported.

Quaid is known for movies such as "The Last Picture Show" and "The Last Detail," for which he received an Oscar nomination, as well as the blockbuster "Independence Day" and the "Vacation" series of comedies. He is the older brother of actor Dennis Quaid.

(Reporting by Scott Malone in Boston; Editing by Will Dunham)