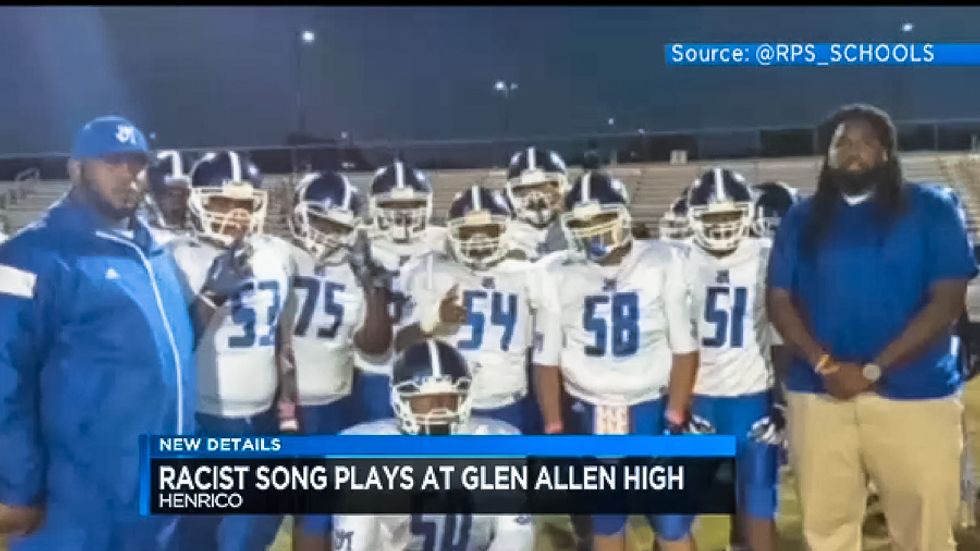 The principal of a Virginia high school apologized this week after a racist song was played over the loud speakers at a football game where the visiting team was from a predominately black high school.

Former football player Lucas Harris told WWBT that he was at Glen Allen High School in Richmond for the homecoming game when he heard racist parody of the theme song from Disney's DuckTales.

"At first, I was wondering if I hear that right," Harris recalled. "We were all very offended, all very surprised."

The song, which was created by The Red Bar Radio Show, is full of racist stereotypes and includes over a dozen uses of the N-word in less than a minute. The song was reportedly played during team the warm-up period for about 15 seconds.

Video of the parody has been removed from YouTube multiple times for violating rules against hate speech.

"We regularly review play lists, and I am at a loss as to how such a song was included," Miller explained. "Please know this unfortunate incident does not reflect the broader Glen Allen High School community. We are a diverse and inclusive community and are appalled that the instigator of this event has sent a message contrary to our beliefs and practices."

Watch the video below from WWBT, broadcast Oct, 2015.