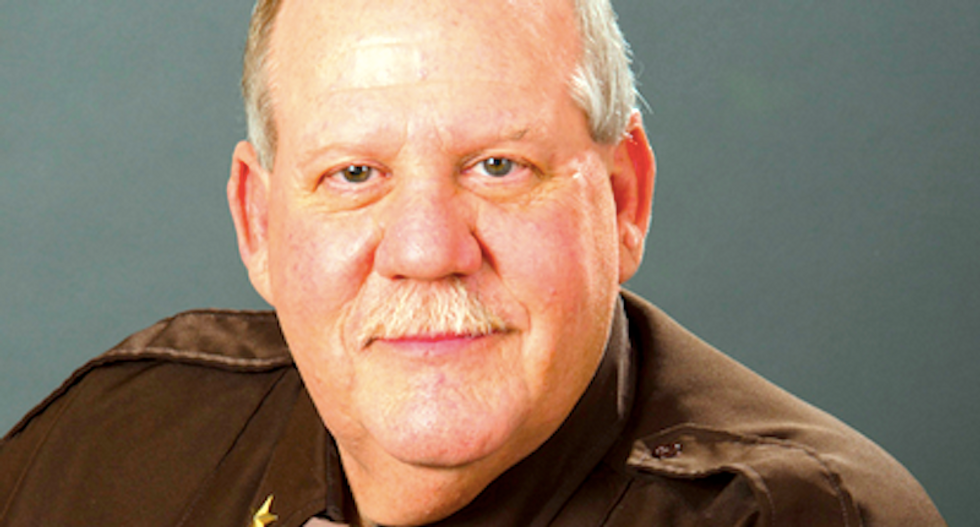 Law enforcement officials are condemning a Virginia sheriff who used a racial slur as he tried to obtain a confession from a racist murder suspect.

A video of the interrogation surfaced this week, nearly two years after Dinwiddie County Sheriff D.T. “Duck” Adams used the racial slur multiple times as he questioned Michael Edward Elmore -- who was later charged and convicted in a black man's murder, reported the Richmond Times-Dispatch.

The sheriff urges him to say more, but Elmore shouts that he's afraid that doing so would get him "in a bunch of more sh*t with these n*****s."

The Virginia Sheriffs’ Association and the Fraternal Order of Police have both condemned the sheriff's use of the racial slur, saying his statements could have jeopardized the case that eventually ended with Elmore's conviction.

“Anything that you say during an interrogation becomes inculpatory evidence introduced during prosecution. You don’t want to lose a case because of that,” said Kevin Carroll, president of the Virginia Fraternal Order of Police.

Adams, however, defended his use of the racial slur, saying he used the same language Elmore had to establish the suspect's trust.

“I repeated what he said because any police officer knows that when you’re in an interrogation, you have to use their words in order to get on their level to get a confession,” Adams said.

The executive director of the statewide sheriff's organization said all of its members were expected at all times to maintain professional standards that reflected "the highest regard for cultural diversity."

The local prosecutor also criticized the sheriff, a Democrat who faces a re-election challenge Nov. 3 from three independent candidates.

“Absolutely no good came from the vulgarity; it is nothing but unacceptable under any circumstances, and certainly under circumstances of law enforcement and criminal justice. Use of the N-word is the antithesis of justice,” said Dinwiddie Commonwealth’s Attorney Ann Cabell Baskervill, an independent.

The local Republican Party has denied any involvement in circulating the 2-year-old video.

Watch video of the interrogation posted online by the Richmond Times-Dispatch: