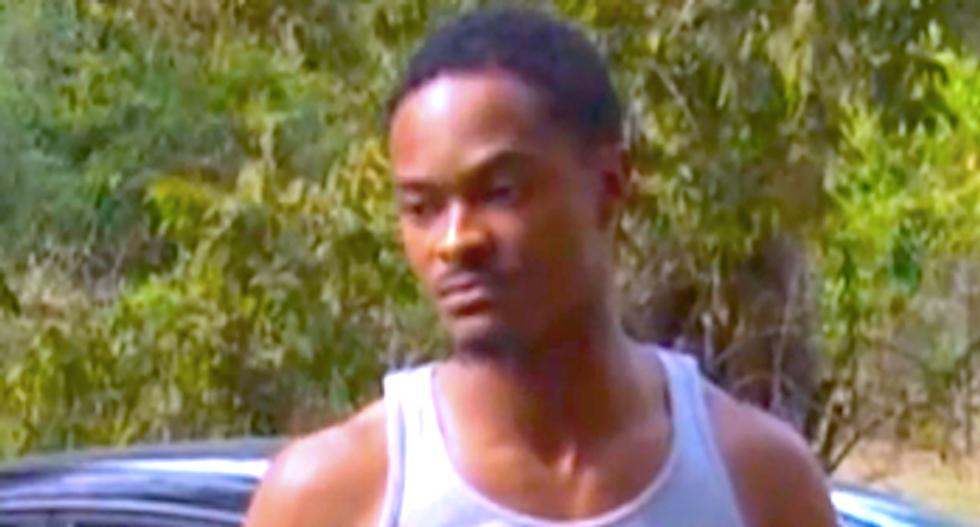 Police officers used a Taser on a black councilman in the same Texas town where Sandra Bland was arrested before she mysteriously died in jail.

Video shows Jonathan Miller, a city councilman in Prairie View, speaking to police who were questioning three of his fraternity brothers Thursday night outside their home, reported KHOU-TV.

The men had gone outside to practice a step routine for a homecoming event at Prairie View A&M, and police approached as one of the students was changing shoes near a car.

"There's been drug activity, little girls and little guys in the car doing whatever, so when we see this, we come investigate," says Officer Goodie on video recorded by a body camera.

Miller approaches to ask police about their investigation as a friend started recording his own video of the encounter.

The councilman tells officers that he is the homeowner, and police say they didn't know that when they arrived.

"OK, that's fine, I'm not trying to be combative or anything," Miller says, and Officer Goodie says she's not, either.

Then a second officer, Officer Kelley, orders Miller to step away from the potential crime scene.

"Officer, please do not put your hands on me," Miller calmly says.

Kelley orders the councilman to stand in another area or risk going to jail for interfering with police activity.

Miller takes a few steps back as Kelley follows him.

"Go back there to the end, man," Kelley says. "You always starting problems, so go back over there."

The 26-year-old Miller reminds the officer he lives there, and Kelley again warns him to step away or go to jail.

The officer repeats his command and then reaches out to grab Miller, ordering him to turn around.

Police have said Kelley and Miller then fell to the ground and began wrestling, and video is unclear because the officer's body camera fell off at that point.

"Okay, he's gonna have to taser you, you're not doing like you're supposed to," Goodie says.

But the bystander's video shows Miller kneeling with his hands at his side when Kelley fires a Taser shock into his back, knocking the councilman face-down onto the ground. 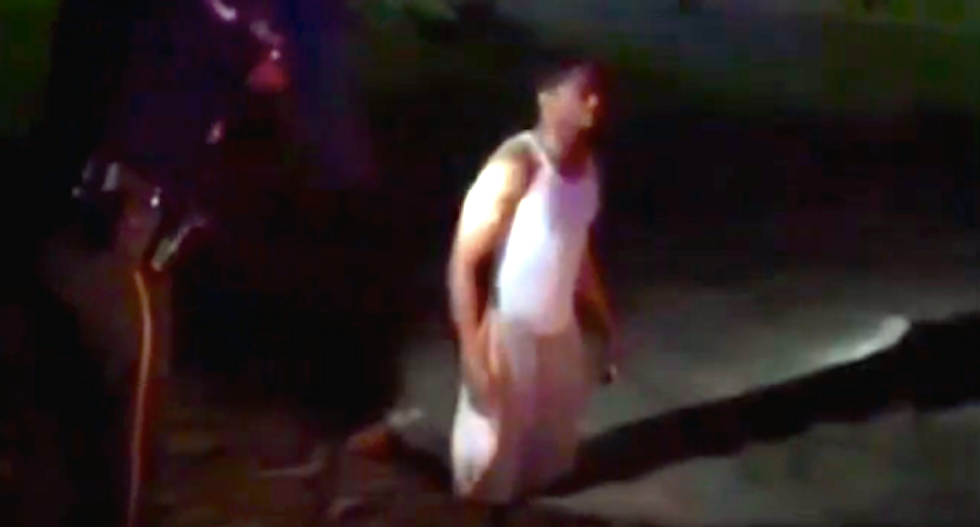 Miller was arrested and jailed on charges of interfering with police and resisting arrest.

"It went from me asking questions, to me basically being put face down on the ground," Miller said afterward. "I'm curious to have a conversation with those officers."

Brandon Wilson, the friend who shot the video, said Miller did not wrestle or physically struggle with the officer.

Police are investigating whether the officers violated department policies, but the police chief said residents should always follow officers' commands.

"Comply with what the officers are asking you to do," said Police Chief Larry Johnson. "Officers were conducting an investigation. They asked that you step away from the scene and allow them to finish what they were doing, out of safety for all concerned."

Charges against Miller remain pending, but the mayor said the councilman would still be permitted to normally conduct city business.

None of Miller's friends were charged in the investigation.

Goodie, who is also black, was involved in the July arrest of Bland, who was jailed following a traffic stop on her way to start a new job at Prairie View A&M, her alma mater.

“We have six police officers," Johnson said. "The probability of having the same officer involved in multiple types of incidences is probable. I haven’t seen anything that gave me any cause for concern as far as this officers conduct at this point.”

Police said Bland killed herself while jailed, but many have questioned the circumstances of of her death.

Her family has filed a federal lawsuit asking the U.S. Department of Justice to investigate.