Watch Donna Brazile single-handedly shut down CNN's Benghazi panel: 'This has been a partisan witch hunt' 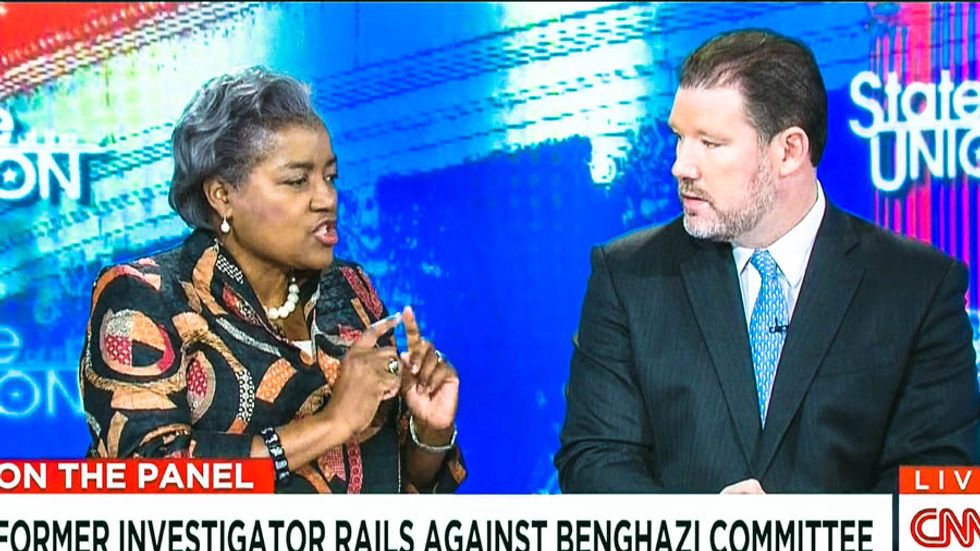 Democratic strategist Donna Brazile on Sunday lashed out at Republicans on CNN's State of the Union for trying to defend Benghazi investigations even after they had been linked to partisan efforts to destroy Hillary Clinton's presidential campaign.

In an interview that aired on Sunday, Major Bradley Podliska told CNN's Jake Tapper that Republicans on the House Select Committee on Benghazi fired him because he was more interested in getting to the truth behind the Benghazi attack than he was in using the committee to smear Clinton.

"Let me stop you," she said. "Because we've had eight investigative hearings. The State Department has spent $14 million responding to congressional requests. We know the defense department has spent an insurmountable amount of man and women hours. If Mr. [Trey] Gowdy and his Select Committee was interested in getting to the truth, they would have brought witnesses throughout the year to talk to intelligence, to talk to defense, to talk to the State Department."

"This has been a partisan witch hunt," Brazile continued. "What are they investigating now? Where are the public hearings? $4.6 million of taxpayers' money."

The Democratic strategist argued that Chairman Gowdy had not called former Defense Secretaries Robert Gates or Leon Panetta to testify "because he's not interested in getting to the truth of what happened to four Americans. He wants to take down Hillary Clinton and that has been proven."