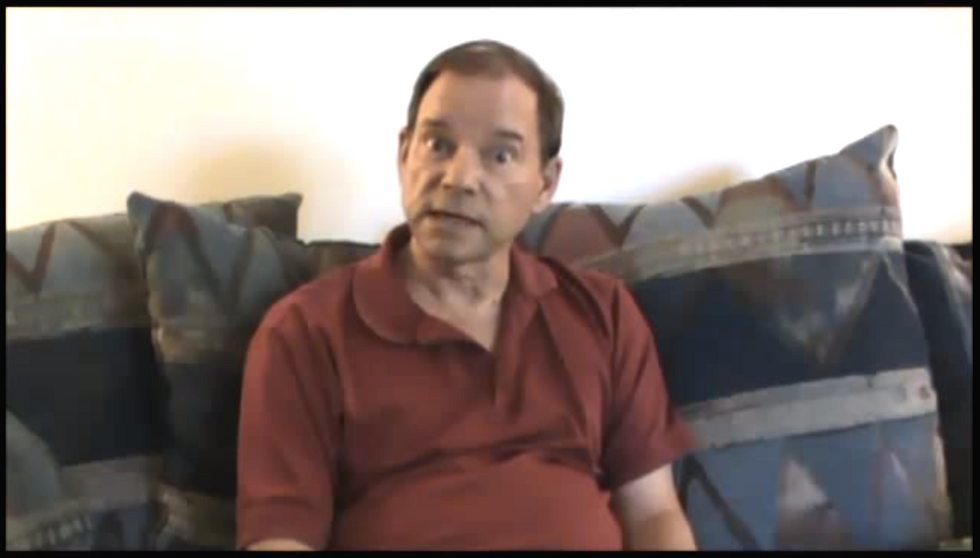 The father of a student killed in the 1999 Columbine High School massacre made a video calling out Republican presidential candidate Dr. Ben Carson for his recent remarks about guns, gun safety and mass shootings.

Tom Mauser, father of Daniel Mauser, said, "This is a message for Dr. Ben Carson, the Republican presidential candidate who made some statements this past week following the tragic shootings at Umpqua Community College in Roseburg, Oregon."

"I'd like to respond to some of those statements because I thought they were so insensitive, so reckless, disgraceful, senseless, shameful," Mauser said.

First, Mauser took on Carson's contention that “No body with bullet holes is more devastating than taking the right to arm ourselves away."

"To me, that's such a disturbing statement," said Mauser. "Dr. Carson, you have indeed seen bodies with bullet holes, but while perhaps maybe it might have become a little routine for you, I would like to think that you still were shaken by it."

"But, instead, you seem to only react in terms of your gun rights," Mauser went on. "I don't understand that."

When you do see a "body with bullet holes," Mauser said, "I would hope that you sit down and grieve along with the others who are grieving the loss of that human being."

"Their intent is not to take away your gun," he continued. "Their intent is to prevent the pain that they have felt. They don't want other people to go through what they've gone through.

Carson's other statement that Mauser took exception to was his contention that the Oregon victims should have organized themselves and charged the gunman.

"I would not just stand there and let him shoot me," said Carson. "I would say, 'Hey guys, everybody attack him. He may shoot me, but he can't get us all.'"

"I think it's a shameful statement to make because really, you were pretty strongly implying that you thought the people who were killed and injured deserved it because they failed to act," Mauser said.

"You're blaming the victim," he explained. "Dr. Carson, you weren't there. You didn't face what they had to face. How can you say such a thing?"

"But I guess I shouldn't be surprised," he said, "because I really think that this is part of the excuse-making that happens among pro-gun activists."

"Anything to distract Americans from a reasonable discussion of what we might do to change our gun laws to prevent some of these things from happening," said the grieving father.

"I'd like to share a story with you, Dr. Carson," he said. "In 1999, during the massacre at Columbine, my son Daniel was in the library along with some other students. They were all underneath tables. The shooters went from table to table shooting some students, sparing others."

"After more than a dozen students had been shot, the shooter approached my son. He fired one bullet that went to Daniel's hand. Daniel then pushed a chair at the shooter and for that he paid with his life. The second shot went into his face and killed him."

"And that's why we shouldn't question, Dr. Carson," Mauser concluded. "If we weren't in that room, if we weren't faced with those circumstances, we don't know."