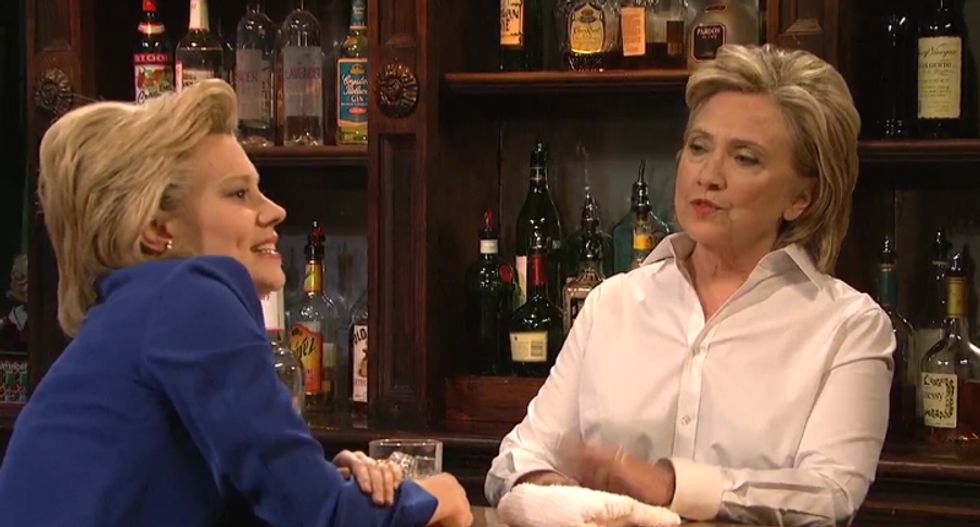 Hillary Clinton made her return to Saturday Night Live and delivered a dead-on impression of GOP rival Donald Trump as she played a bartender commiserating with herself as played by Kate McKinnnon.

The bit was full of self-deprecating humor, with Clinton poking fun at herself over topics like gay marriage and the Keystone pipeline.

Playing Val the bartender, Clinton gave a pep talk to McKinnon's slightly soused version of herself lamenting the woes of the campaign trail, with a pointed jab at Trump as the real Hillary nailed a pretty good Trump impersonation.

McKinnon's Clinton maintained that Trump needs to win the Republican primaries because "I need to be the one who takes him down."

"I will destroy him and I will mount his hair in the Oval Office," she declared.

Watch the video below from NBC: