WATCH: Hillary ignores reporter so he commandeers a member of the public to ask his questions 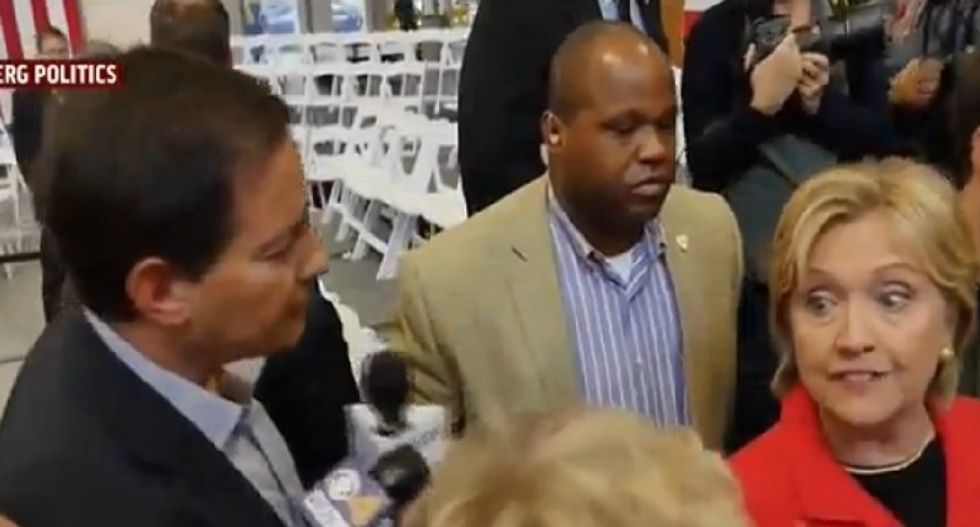 Bloomberg politics writer Mark Halperin couldn't get Democratic presidential candidate Hillary Clinton to pay attention to him on Monday and he had a question for her.

After asking Clinton over and over again,"What's your message to the NRA," only to have her pretend he didn't exist, Halperin tried an unconventional tactic.  He commandeered a member of the New Hampshire public and had her ask Clinton his question, to which she promptly responded.

"Question, what's your message for the NRA? I know you've been talking about gun control," the woman asked.

Clinton heard the question that time.

"I just did a town hall about that. Look my message is not to them or for them, my message is to the American people. It’s time that we stood up together for commonsense gun safety measures to end the epidemic of gun violence," Clinton told the woman.

Watch the incident starting at the 1:45 mark, as posted by Bloomberg, here: