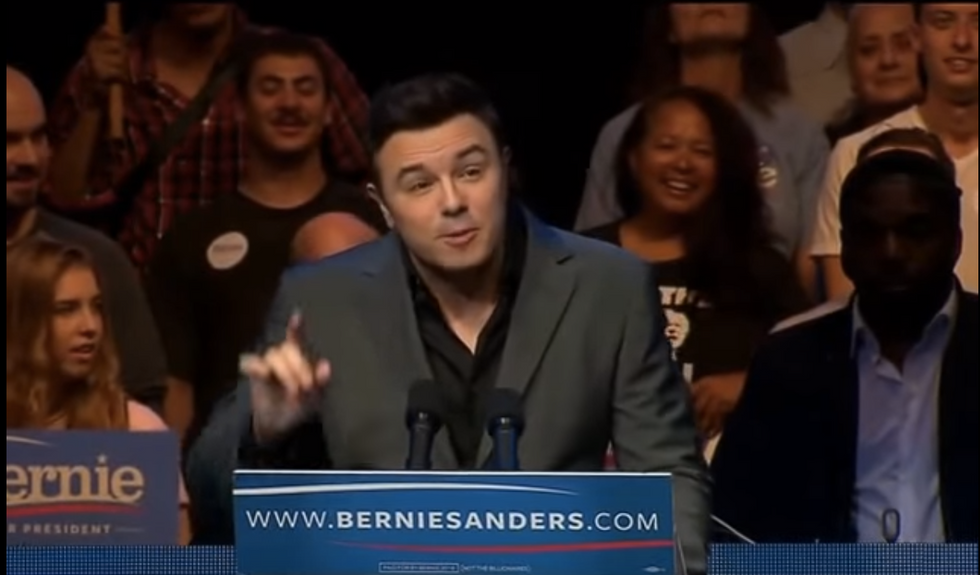 At a rally in support of Democratic presidential candidate Sen. Bernie Sanders (I-VT) in Los Angeles on Wednesday, Family Guy creator and comedian Seth MacFarlane kicked off the event with a joke at the expense of Sen. Jim Webb (D-VA) and his stiff, surly performance at Tuesday night's presidential debate.

"Alright," said MacFarlane, "I'm going to be brief to make sure that Jim Webb has a chance to talk."

Webb repeatedly complained during the debate in Las Vegas that he was not being given as much time to speak as the other candidates.

"That poor guy," MacFarlane continued. "His whole debate strategy was, 'Excuse me? We haven't gotten our salads, yet!'"

He went on to say that for him, Sanders won the debate on Tuesday when he answered the question about the greatest national security threat currently facing the United States.

"The other candidates gave answers like the crisis in the Middle East, a nuclear Iran, ISIS, cyber warfare, offensive tweets," MacFarlane said. "All legitimate threats, to be sure."

"But, Sen. Sanders was the only person on that stage who gave the correct answer: climate change," he said.