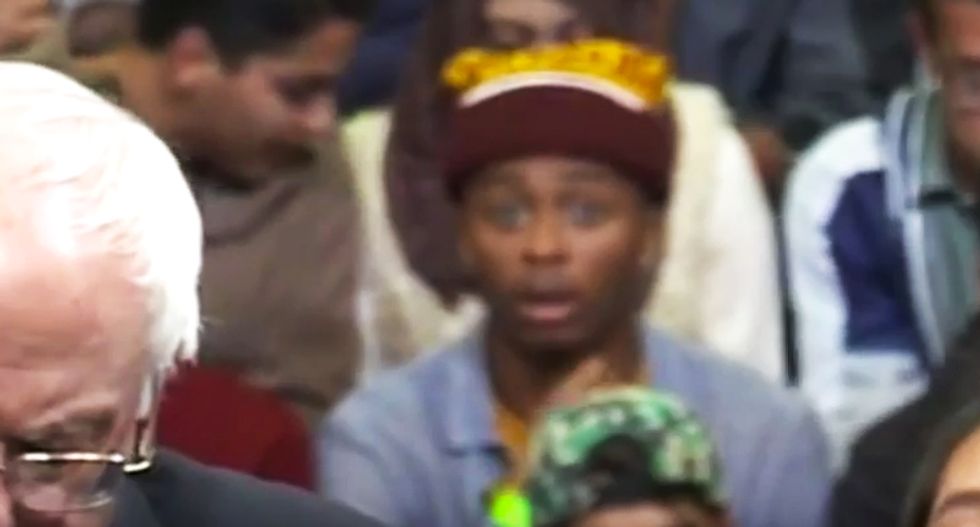 Speaking at George Mason University on Wednesday night, Democratic presidential aspirant Bernie Sanders called for ending the federal prohibition on marijuana, provoking an amusing reaction from a student seated behind him.

"In my view, the time is long overdue for us to remove the federal prohibition on marijuana," Sanders said as students loudly cheered. "In my view, states should have the right to regulate marijuana the same way that state and local laws now govern the sale of alcohol and tobacco."

The announcement came as somewhat of a shock. Previously, in an interview with Katie Couric, Sanders said marijuana was probably less harmful than tobacco, but noted that law enforcement officials believe marijuana is a "gateway drug" that can lead to heroin and cocaine addiction.

No one seemed more surprised than the unidentified student seated behind Sanders, who seemed uninterested in the candidate's stump speech until he addressed weed, at which point he snapped to attention and appeared to say "Oh shit."