WATCH: Unarmed black woman beaten and tackled by Florida cops for filming arrest of her husband 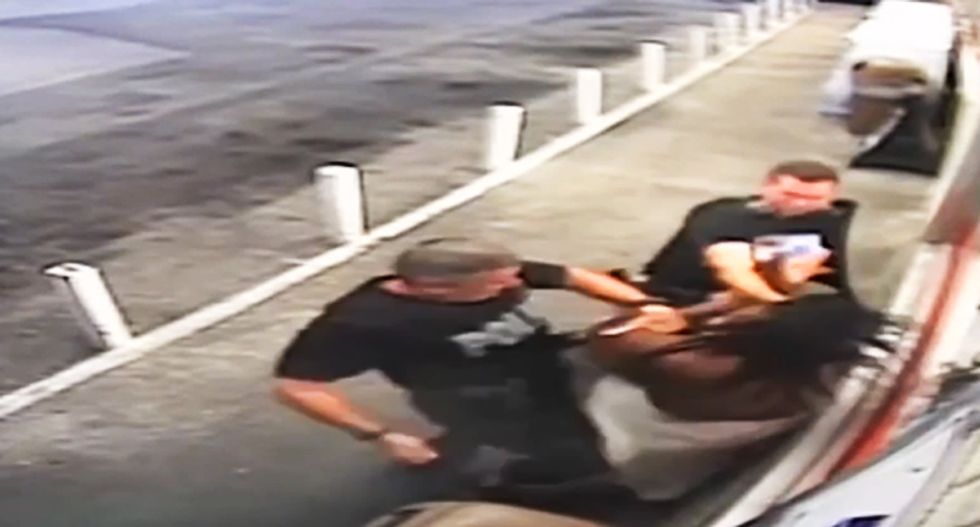 Kelli Wilson as she was punched by Florida cop - screenshot

A black woman who was punched and tackled to the ground by two white Jacksonville policemen for filming the arrest of her husband claims the cops stole her phone with a recording on the incident, reports NewsJax4.

According to Kelli Wilson, she went down to a local convenience store to record the arrest of her husband and retrieve their car when she was assaulted by the two cops who demanded her name and told her to put her phone away and stop recording.

"I was beaten, and then falsely arrested, my phone was stolen, my car was taken. It was a traumatic experience. It was definitely an experience you never think you would be going through," said Wilson.

Although police confiscated her phone, video of her arrest was captured by surveillance cameras that showed the unarmed woman talking to the police before they charged, attempting to grab her phone with one officer seen punching her while the other one held her arms.

According to Wilson, one of the policemen demanded she stop filming and she asked him "why?"

"He asked for it, he demanded it again, and I gave him the same, 'Why do you want my phone? What do you need my phone for?' He told me he would punch me in my face,"Wilson explained. "I eventually got punched and beaten and the sergeant that was on the scene joined in the beating."

According to the police report, officers at the scene said Wilson repeatedly refused to identify herself and she was arrested for interfering with the arrest, although in the video she can be seen backing away from the officers. The officers admitted that they kneed and punched her as they made the arrest. The report also states the arresting officers believed she was reaching for a weapon after they had her face down on the ground. No weapon was discovered.

According to Wilson, the police confiscated and still have her phone that contains the video that she feels will exonerate her.

Her lawyers believe that the surveillance video should be enough to prove that she did nothing wrong.

"She was lucky for that video, because without it, I don't think a judge or jury would believe her against three police officers," said her attorney, Dexter Van Davis.

Watch video below from NewsJax4: