'Were you molested by a real estate lady?': Bill Maher and Andrew Sullivan clash over Hillary 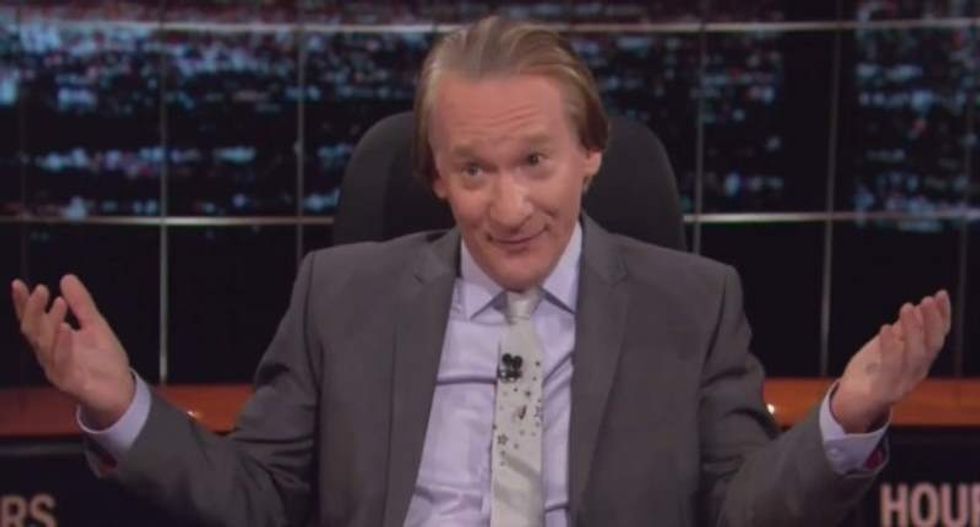 While admitting to not being enthusiastic about her presidential campaign, Real Time host Bill Maher defended Hillary Clinton from accusations that she is a "talent-free hack" by author and blogger Andrew Sullivan.

"Why do you hate her so much? Were you molested by a real estate lady?" Maher asked. "I could understand you not wanting her to be president. I don't understand anybody who hates her. She is a boring centrist. It just should never raise to the level of hate."

"I don't hate her," Sullivan said. "I just think she's a mediocrity. If the Democrats are sane and sensible, this is a dangerous time. They need to find someone with ability and talent and leadership. Not her."

When New America Foundation CEO Anne-Marie Slaughter attempted to attest for Clinton's prowess, Sullivan quickly fired back, "How many incredibly smart [people] make the kind of dumb error that she made with the email server?"

"You are so in the bubble on this one," Maher countered.

"Sixty percent of the country doesn't believe a word she says," Sullivan insisted. "Is that a bubble?"

"Sixty percent of the country believes in Noah's Ark," Maher shouted in response. "So don't tell me that that means something."

At the same time, Maher described her campaign slogan as the kind of thing one says before getting vaccinated.