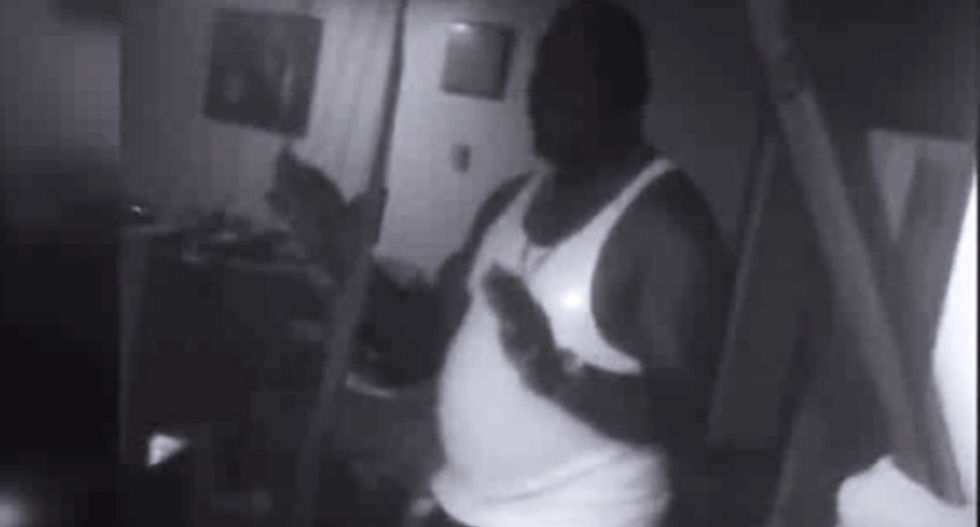 Body-cam video of Lester Brown prior to being Tasered - screencapture

A white Florida police officer is out of a job after his superiors watched video taken by his body-cam showing him Tasering a black man with his hands up as he stood inside the door of his home, the Tampa Bay Times is reporting.

"It certainly hurts to (fire an officer), but I'm here to do the right thing for the community," Zephyrhills police Chief David Shears said he had fired police officer Tim Claussen over the Sept. 9 incident.

In the video, Claussen repeatedly asked the suspect -- identified as 42-year-old Lester Brown -- to step out through his door as Brown professed innocence while putting his hands in the air as Claussen aimed his Taser at him.

"Come outside now," Claussen said, "or you're about to get tased. This is the last time."

As Brown continued to hold his hands up, saying he didn't know what the officer wanted him for, Claussen grew impatient and fired his weapon, striking Brown in the abdomen.

"You just made it a lot worse on yourself, Mr. Brown," the officer said as the man writhed on the floor.

"Why," Brown replied as he lay face-down on the floor, "cause I'm in my house?"

Claussen's superiors reviewed the video after reading his arrest report and decided to fire him because acted improperly, but said race was not a factor.

"We didn't see any evidence that it was racially motivated in any way," Capt. Derek Brewer said.

Stolen property was discovered in Brown's home, but authorities dropped the charges after the Tasering incident.