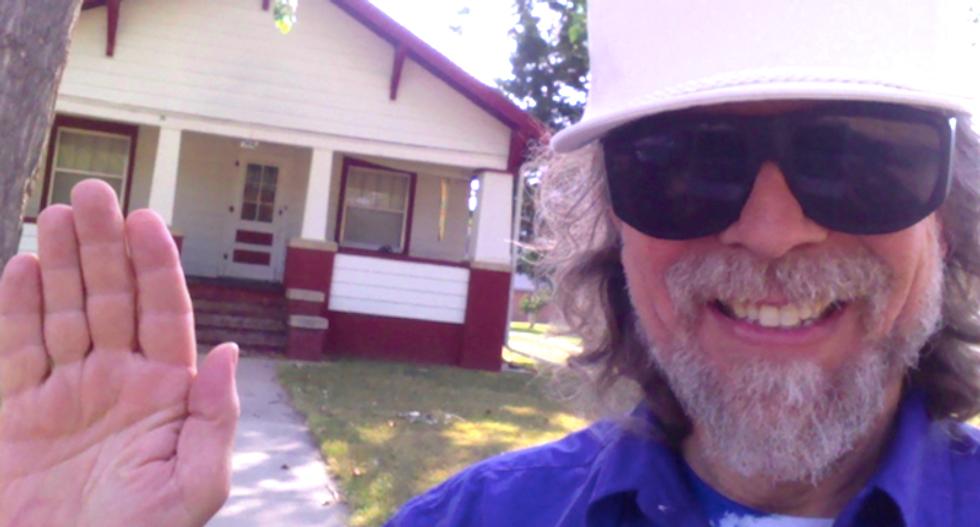 White nationalist Craig Cobb has apparently bought some land in Nebraska, and residents are worried he's planning another attempt to set up an all-white enclave.

He paid $125 for two properties in Red Cloud and $3,410 for one in Inavale, according to court documents, but the sales must first be approved next month by a judge.

The Webster County Attorney said anyone with an interest in the property can redeem it first or outbid Cobb when the judge considers the transfer in a hearing.

About 100 people gathered last week in Red Cloud after news of the purchases spread, but Mayor Gary Ratzloff said there's not much the town of 1,200 can legally do to keep Cobb out.

Officials in two Kansas towns, Smith Center and Lebanon, are warning residents not to sell property to strangers offering cash after a man believed to be Cobb tried and failed to buy buildings there.

Cobb has posted on Facebook that he hopes to set up a PLE -- or an all-white Pioneer Little Europe -- community in nearby Franklin, Nebraska.

A Red Cloud man who has spoken out against Cobb's plans said the white nationalist had posted about him and his wife on social media in an apparent attempt at intimidation.

“The way they are promoting hate through Facebook, we don’t want to see that in Red Cloud," said opponent Mike Goebel. "I don’t want our children to be raised in a town where that is out in the open."

Cobb currently lives in Sherwood, North Dakota, where he remains on probation after pleading guilty last year to felony terrorizing and menacing while patrolling a tiny town he hoped would attract neo-Nazis.

A fellow white supremacist also targeted Cobb there with racist graffiti after he appeared on a daytime talk show and took a DNA test that revealed sub-Saharan ancestry.

His attempt to buy property in Antler, North Dakota, was thwarted this summer when the city outbid him on more than 20 properties he intended to buy.