'Whitesplaining': What it is and how it works 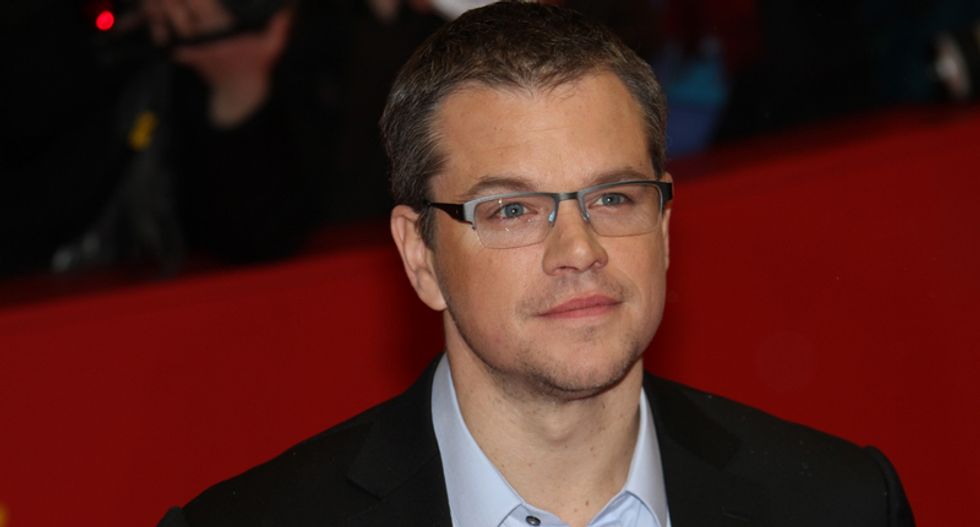 Have you ever had an experience where someone is explaining to you, maybe in a lot of detail, something you actually already know quite a lot about? Possibly about your own life?

It’s frustrating. But it’s not a random occurrence, and it’s often about power. There’s a word for it: “whitesplaining”.

It’s a term that’s been in high rotation over the past couple of weeks, thanks to Hollywood film star Matt Damon and Australian radio and TV personality Kyle Sandilands, whose comments around issues of racial diversity and sexuality have sparked debate around issues of white privilege and “colour-blindness”.

While appearing on Project Greenlight two weeks ago, Matt Damon – in the midst of a discussion about forming a directorial team for a reality show – argued the decision to appoint a director should be based on merit rather than diversity.

His comments suggest diversity is only an issue when casting actors, not behind-the-scenes crew such as directors.

A short while later, Damon gave an interview to The Observer where he argued gay actors should remain private about their sexuality:

But in terms of actors, I think you’re a better actor the less people know about you period. And sexuality is a huge part of that. Whether you’re straight or gay, people shouldn’t know anything about your sexuality because that’s one of the mysteries that you should be able to play.

As Nigel Smith pointed out in The Guardian, Damon’s point negated the interview he then gave, which spanned such personal topics as how he met his wife, their children and family life, his childhood and his political views.

Closer to home, Kyle Sandilands last week explained to the Australia television viewing public that the lack of non-white contestants on a new season of The Bachelorette is irrelevant:

Being ‘colour-blind’ and why it’s a problem

Let’s begin by unpacking Sandilands' comments. His perspective is one that suggests “people are people”.

About 20 years ago academic Ruth Frankenberg studied the phenomenon of white people explaining away race and difference by declaring “people are people”. Her book White Women, Race Matters: The Social Construction of Whiteness (1993), explores the unspoken racial hierarchies around us.

In her terms, Sandilands self-identifies as “colour-blind”. It means you say you don’t see racial difference. Often making reference to Dr Martin Luther King Jr.’s famous quote about being judged not “by the colour of their skin but by the content of their character,” proponents argue that drawing any attention to race is, in fact, more racist.

An extreme form of a colour-blind attitude to race can be seen in the US movement Unhyphenate America, which argues terms such as African-American are divisive:

Cultural cohesion and connectedness are more important than having a “diversity” of skin colour. Anyone can choose to be a part of this culture, because the principles aren’t ethnically exclusive.

Sandilands made his on-air comments in response to his guest Sam Frost’s defence that The Bachelorette producers didn’t even think about race when casting the show.

But in a “colour-blind” world, they should have thought about it – because all the contestants for The Bachelorette are the same colour. In fact, Australian television in general fails to reflect our diverse population. So what’s happening here?

The selection process for who ends up on our screens is not neutral because, like it or not, we do notice difference, including race or ethnic differences, and we act on this awareness in subtle ways.

Ways that end up suggesting that the bachelors of Australia are white.

This is where the episode of Damon “whitesplaining” the world of race to an African-American woman is useful to explore. Richard Dyer, another scholar of race and culture, describes these situations in terms of white invisibility and white privilege:

White people create the dominant images of the world and don’t quite see that they thus construct the world in their image.

White people move through the world in a way that is made to suit a particular worldview. Damon, in explaining away any need for affirmative action, or awareness of race in film and TV, is only saying: I, personally, did not need it. He does not see his whiteness and all the privileges that come along with it.

Whitesplaining – derived from “mansplaining” – is a new, zietgeisty, word, but it’s essentially an expression of privilege: the unconscious, unearned and largely un-examined benefits of prejudice.

The concept of “privilege” was fully articulated in its modern form by Peggy McIntosh in her 1988 essay, White Privilege: Unpacking the Invisible Knapsack.

In it, McIntosh lists specific and personal examples of her white privilege. Point number thirty is particularly relevant here:

Sandilands and Damon are white, famous, middle-aged men. They used their platforms to make statements about the nonexistance of social issues that actively benefit them.

All of this is not to say Damon or Sandilands are necessarily racist. Their comments, however, are examples of how easy it is for those with privilege to assume their experiences are universal. Because our media, our government and our cultural institutions constantly reflect whiteness back at us, it is easy to act as if it is the default.

Privilege is insidious because benefiting generally involves little to no effort. It is often the result of other people’s actions towards you, and requires simply that you look a certain way. Conversely, perpetuating privilege means acting on invisibly socialised patterns of behaviour.

Calling out whitesplaining is not about saying white people can’t talk about race: it means prioritising the voices of those with experience, not those with the loudest megaphone.