Why did this Anti-Planned Parenthood congressman keep sexual harasser on payroll for months? 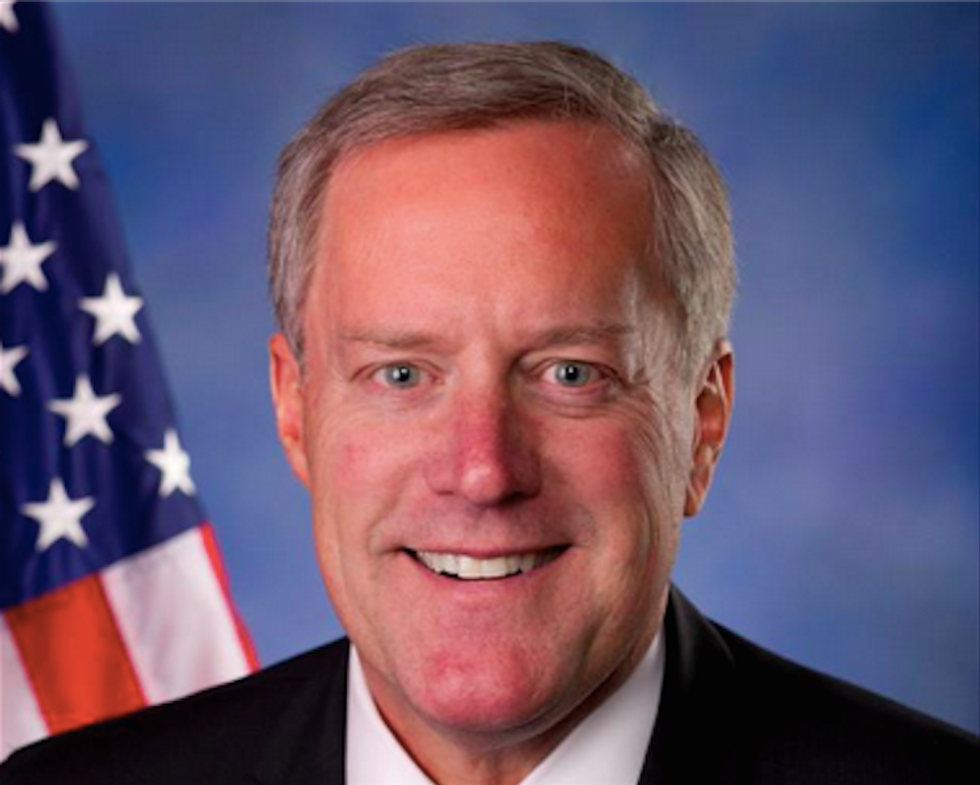 The Republican congressman leading the charge to defund Planned Parenthood kept paying his chief of staff for months after the employee was dismissed from his job for sexually harassing subordinates.

After the women brought West's behavior to Meadows' attention, said Huffington Post's Ryan Grim and Paul Blumenthal, the congressman "barred West from his D.C. office, but reassigned him to the district office and continued paying him. Meadows eventually sent West off with a sizable severance."

A source close to the congressman's office told the reporters, "I don't know if it's just [West's] personality, but I know he paws on people. And I do know within his office, there have been a lot of complaints. As one of his staffers told me, 'The son of a bitch has had a complaint on him by every woman in our office.'"

A Politico report claims that West received his full pay of $38,750 from April 1 to June 30, then received further pay through Aug. 30, which may violate House ethics rules.

The House Ethics Manual clearly states: “Compensation may be received only for duties performed within the preceding month" and that House members "may not retain an employee who does not perform duties for the offices of the employing authority commensurate with the compensation he receives.”

Another source familiar with West's antics told Huffington Post, "I'm as mountain-boy, country-hick as they come. But you know how to talk in front of women; you know how to talk in a public crowd. And there's a way that you talk at a bar with your friends versus otherwise. And Kenny would thump his Bible all holier than thou and then make off-color comments, and it was kind of one of these where it was, 'OK, is he being funny? Is he being serious? Is he just stupid?' And to be perfectly honest with you, that's not like Meadows at all to put up with that. I know for a fact and I've heard from at least three of the women that he was completely inappropriate and complaints were filed [with Meadows]."

Grim and Blumenthal said that a thorough examination of Meadows' financial disclosures reveal a pattern of "unusual transactions" between the congressman and West.

West ran against Meadows for the Republican seat in 2012, saying Meadows was unfit for office because of an unspecified "character issue."

West lost the contest against Meadows, who congratulated his erstwhile opponent on running a "good, clean" campaign.

Payments to West began shortly after the general election. Between Nov. 26 to Jan. 1, Meadows made seven payments totaling $11,200 to West which financial forms describe as "compensation" or "compensation/transition" payments.

Then, when Meadows took office, West joined his payroll as chief of staff.

A November 2012 article in the Asheville Citizen-Times commented on the unusual relationship between Meadows and West and the "limited" role West would be playing as Meadows' top aide.

“The way that we are going to do that, it’s probably less political,” Meadows told the Citizen-Times. “It’s more managerial in nature.”

Grim and Blumenthal reached out to West to ask him about the sexual harassment complaints against him.

"I'm not aware of any of those," he said before telling the reporters to address their questions to Meadows' office and hanging up.